“Pray for mercy, pray for healing” 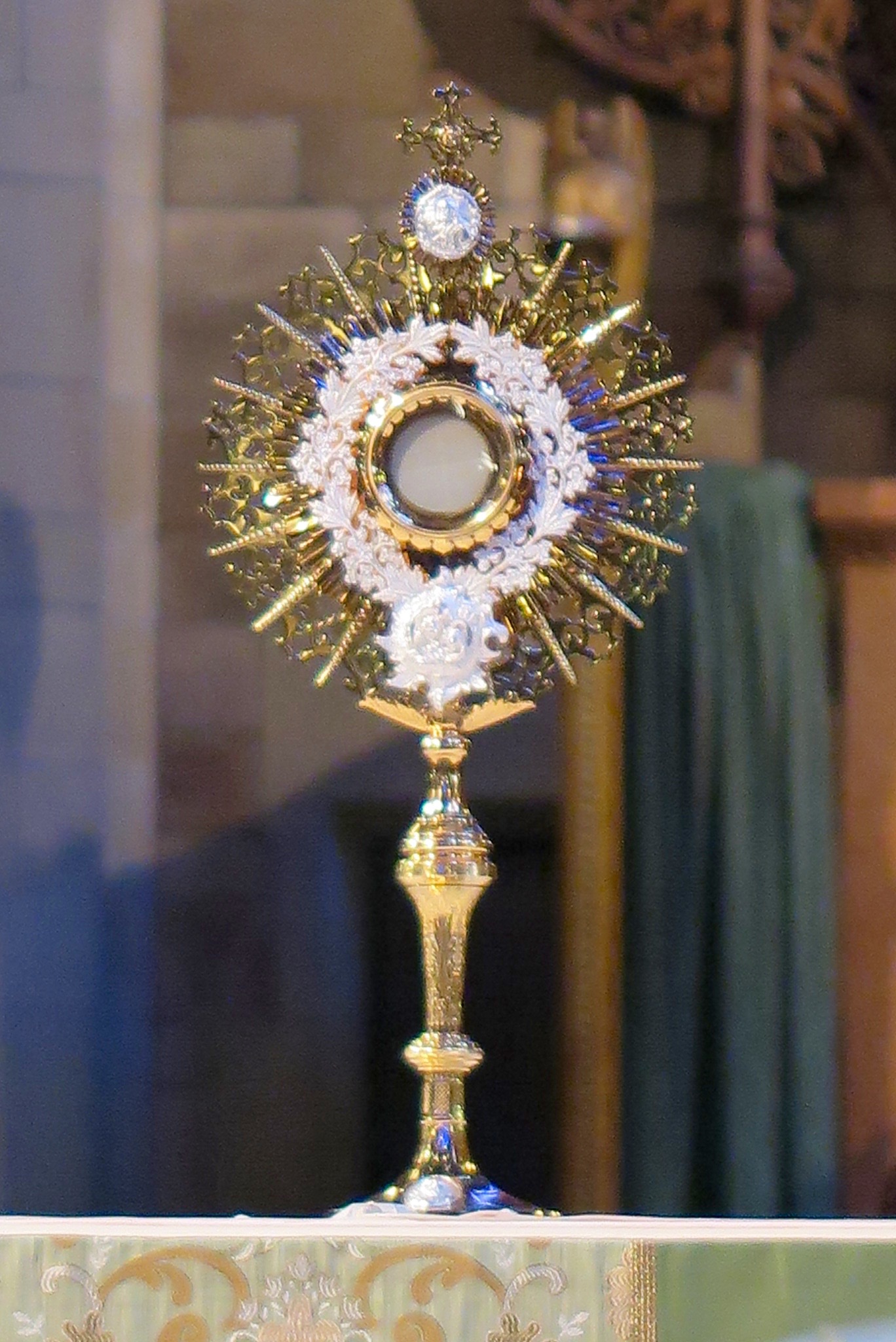 That was the consistent message of this afternoon’s Holy Hour in the Archdiocese of New York, held at the beautiful Church and Priory of St. Vincent Ferrer. 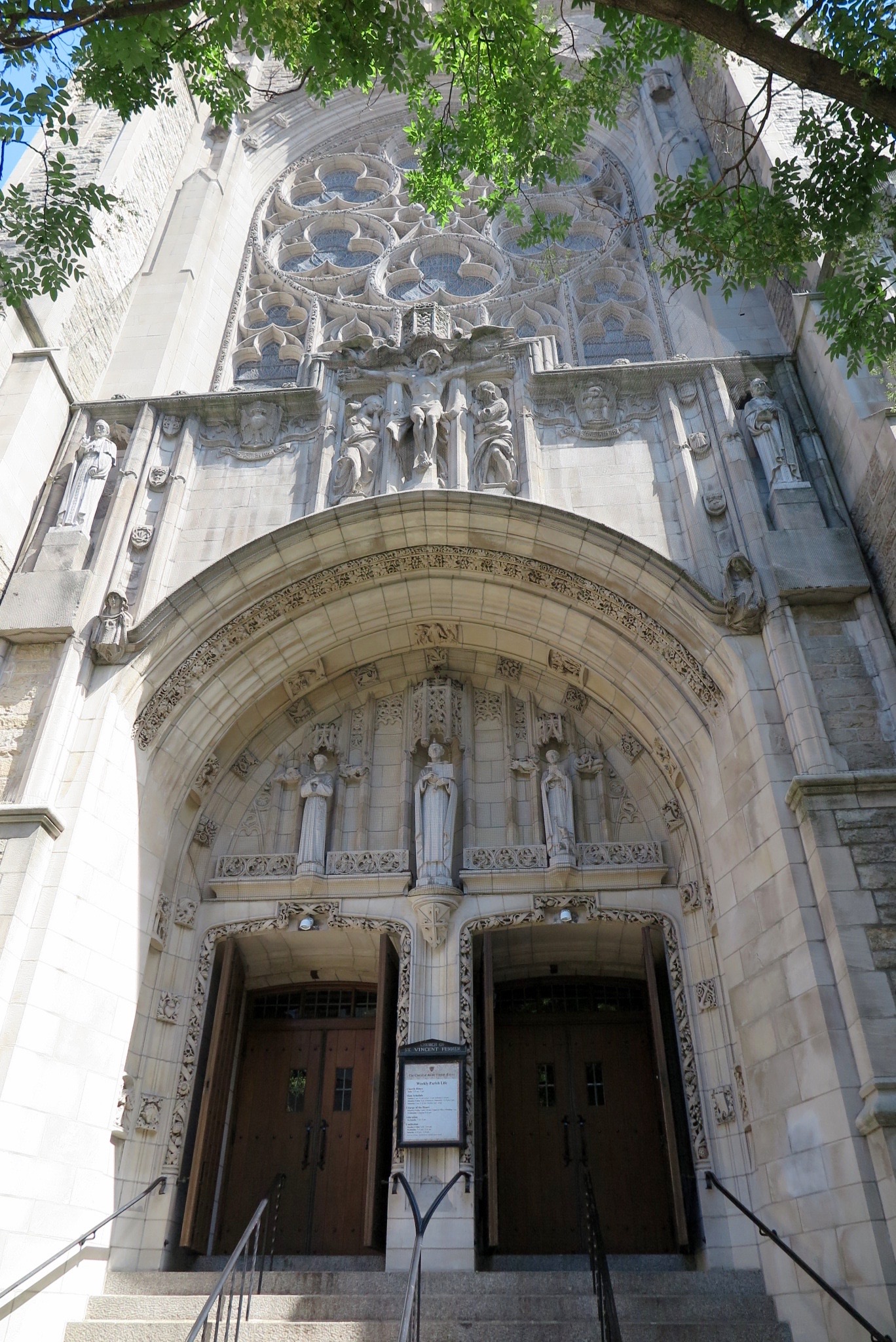 This placid house of prayer on Lexington Ave., staffed by the Dominicans, proved the perfect setting for an hour devoted to contemplation and adoration—and its staggering beauty easily compelled every one who entered to fall to their knees. Which, of course, is where the most important work of our lives takes place. 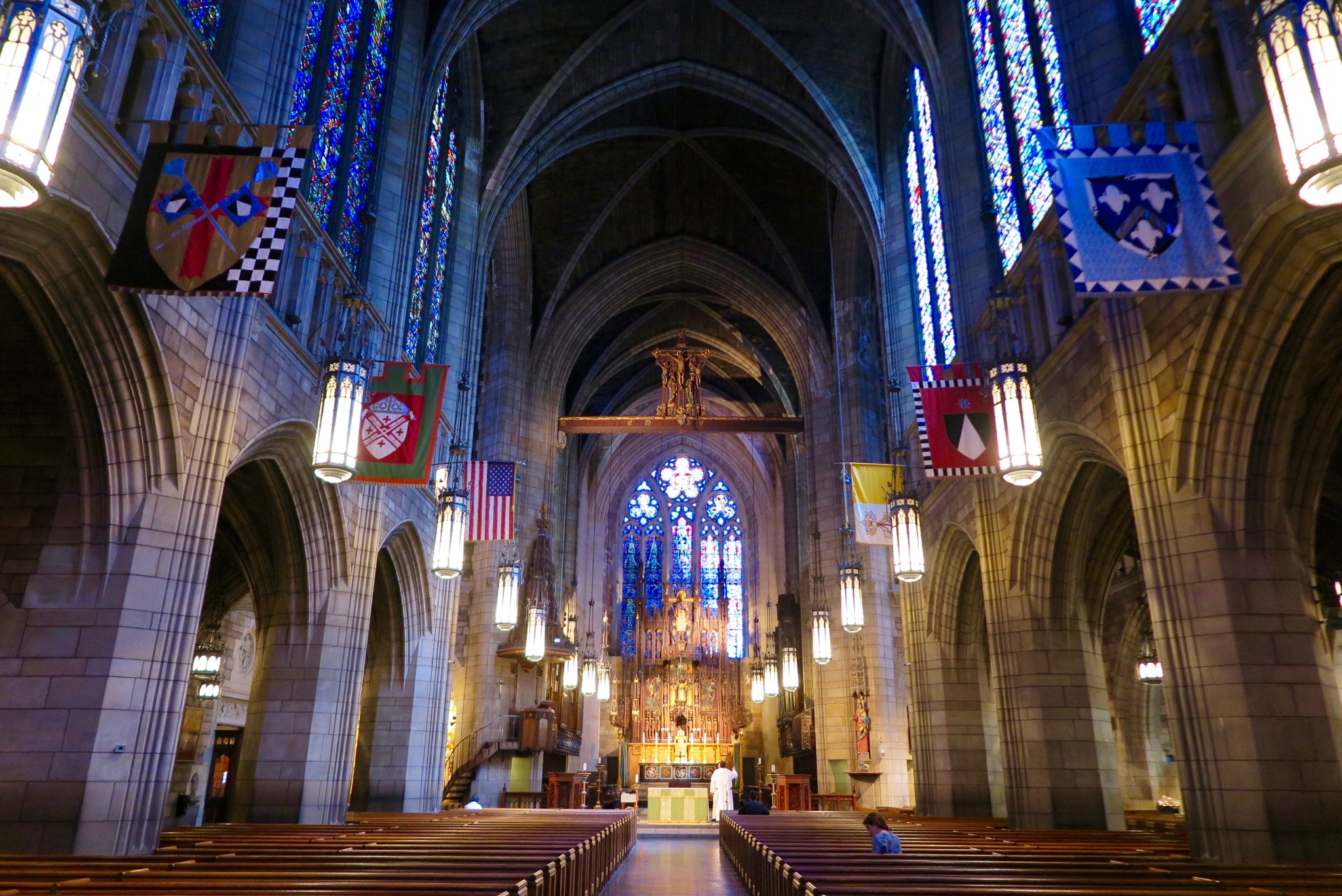 This hour was the brainchild of Kathryn Jean Lopez—who, among other things, serves on the pro-life committee for the archdiocese. She pulled this event together as a way of finding something beautiful and redemptive in the wake of the horrific Planned Parenthood videos released this week.  (She told me after, “I couldn’t let this week end without doing something.”) This little gathering attracted maybe two dozen people to the hushed church at 3 p.m., the Hour of Mercy, but many more joined us from around the world; K-Lo told me that, to her amazement, it was even mentioned on the air by Rush Limbaugh. (I’ll let others argue over whether that was a good thing or not…)

The hour was presided over by Fr. Aquinas Guilbeau, who began with the gospel from St. Luke, recounting Mary’s visit to Elizabeth, and her proclamation of The Magnificat. 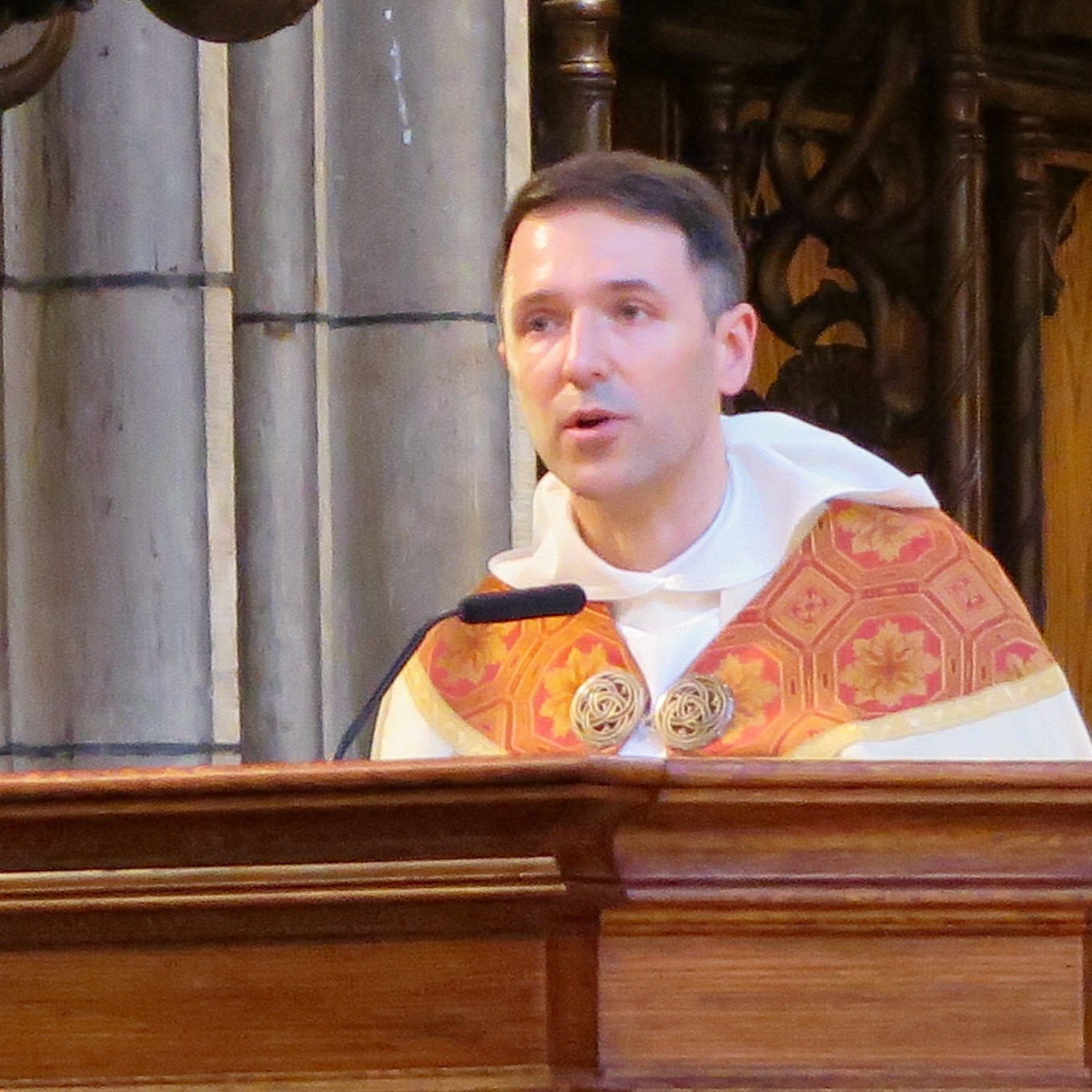 Fr. Aquinas noted that The Magnificat is, among other things, a prayer about God’s mercy—and he asked us to pray for mercy for all those suffering from the after effects of abortion. “Pray for mercy,” he said. “Pray for healing.”

Fittingly, everywhere you look in the church, you are reminded of the woman whose soul proclaimed the greatness of the Lord—a woman who stands before us even now as a figure of resilience, prayerfulness, humility and hope. 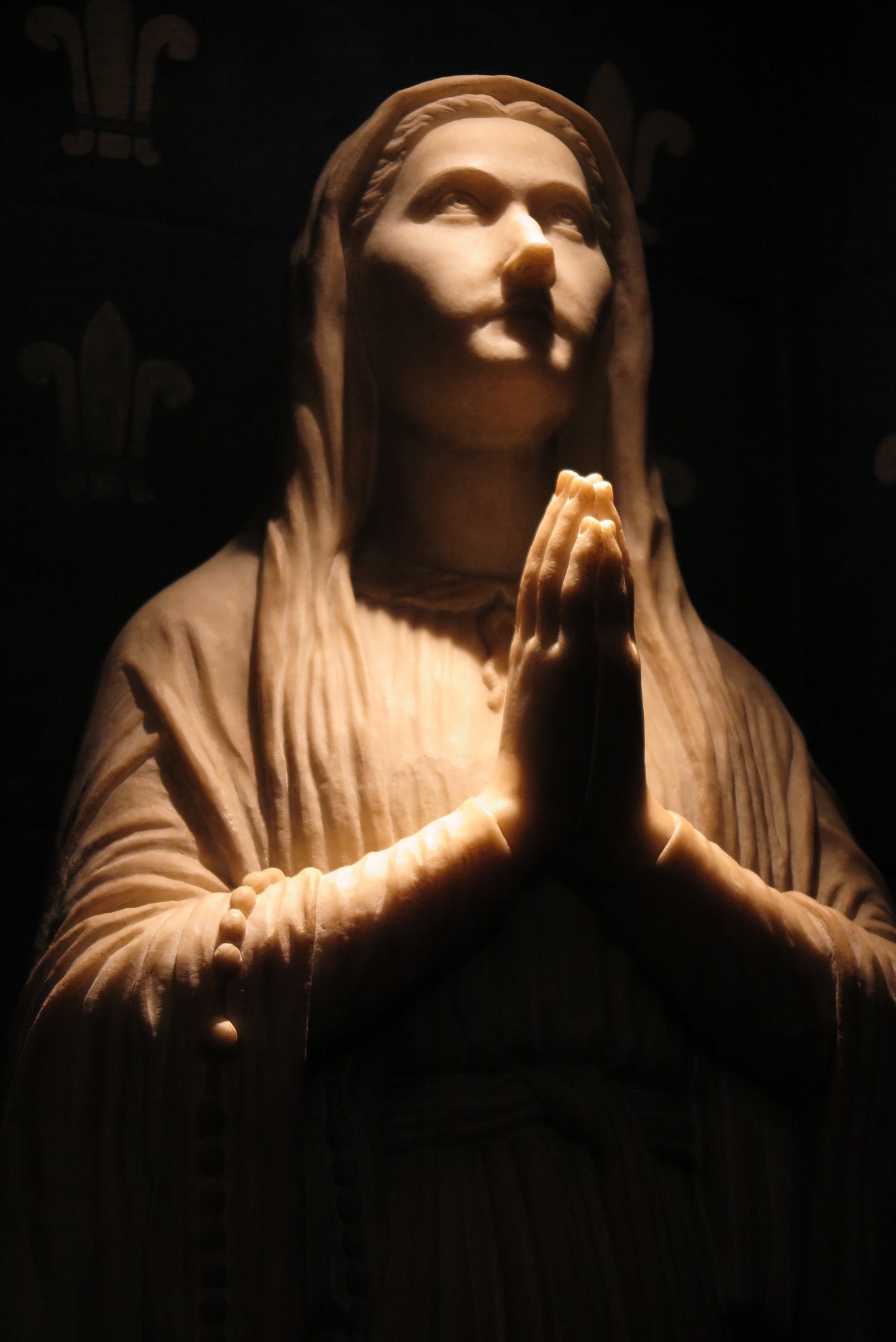 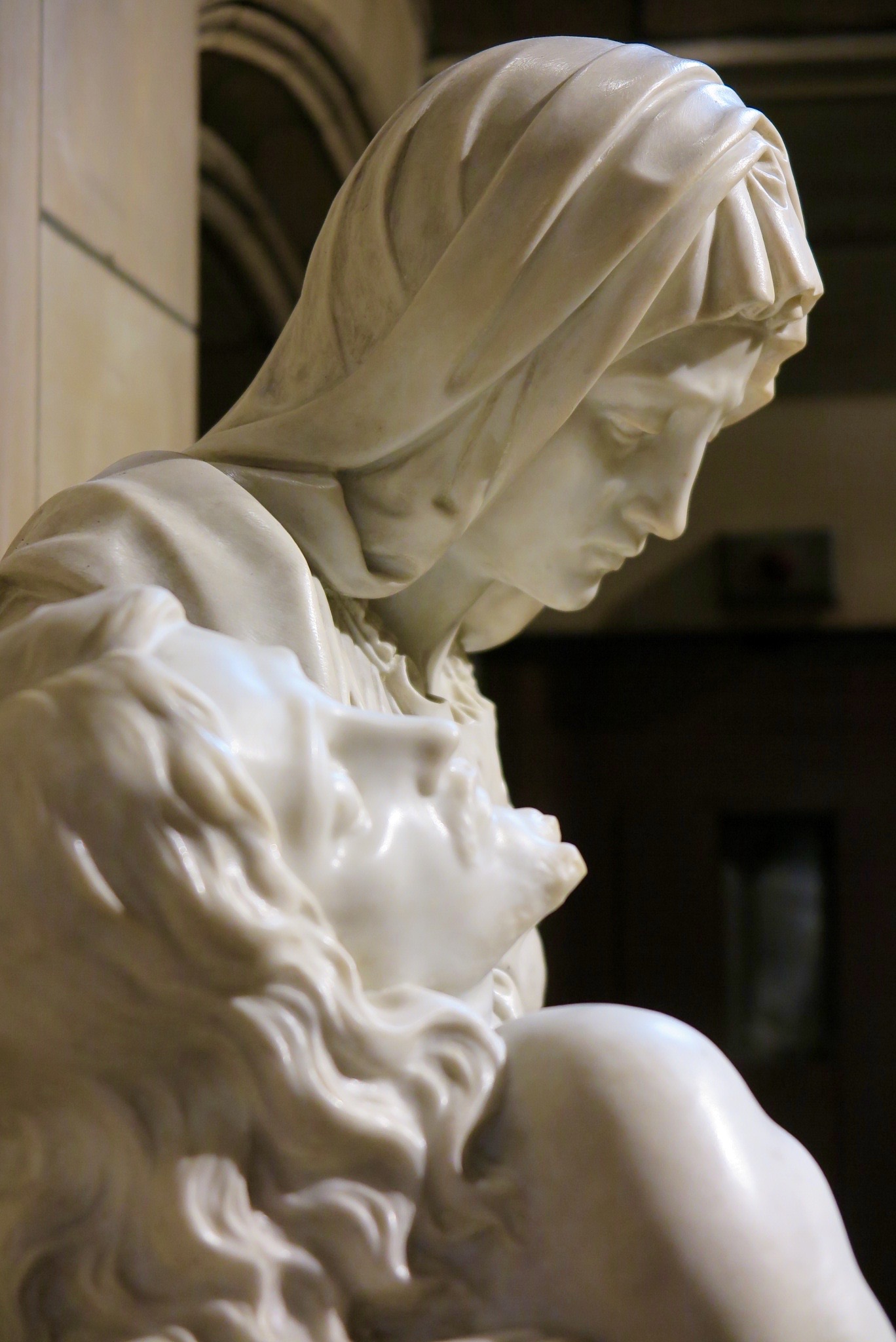 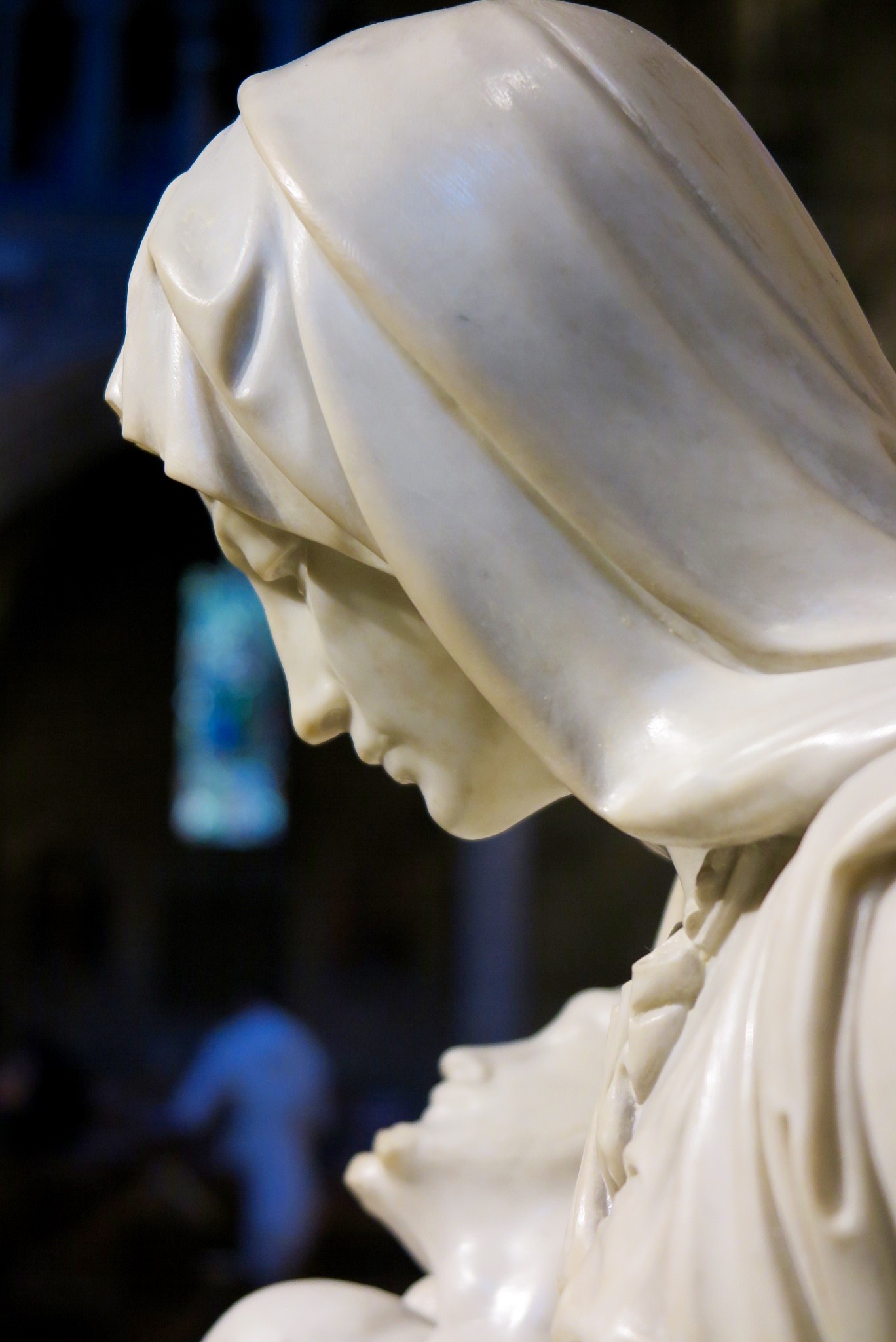 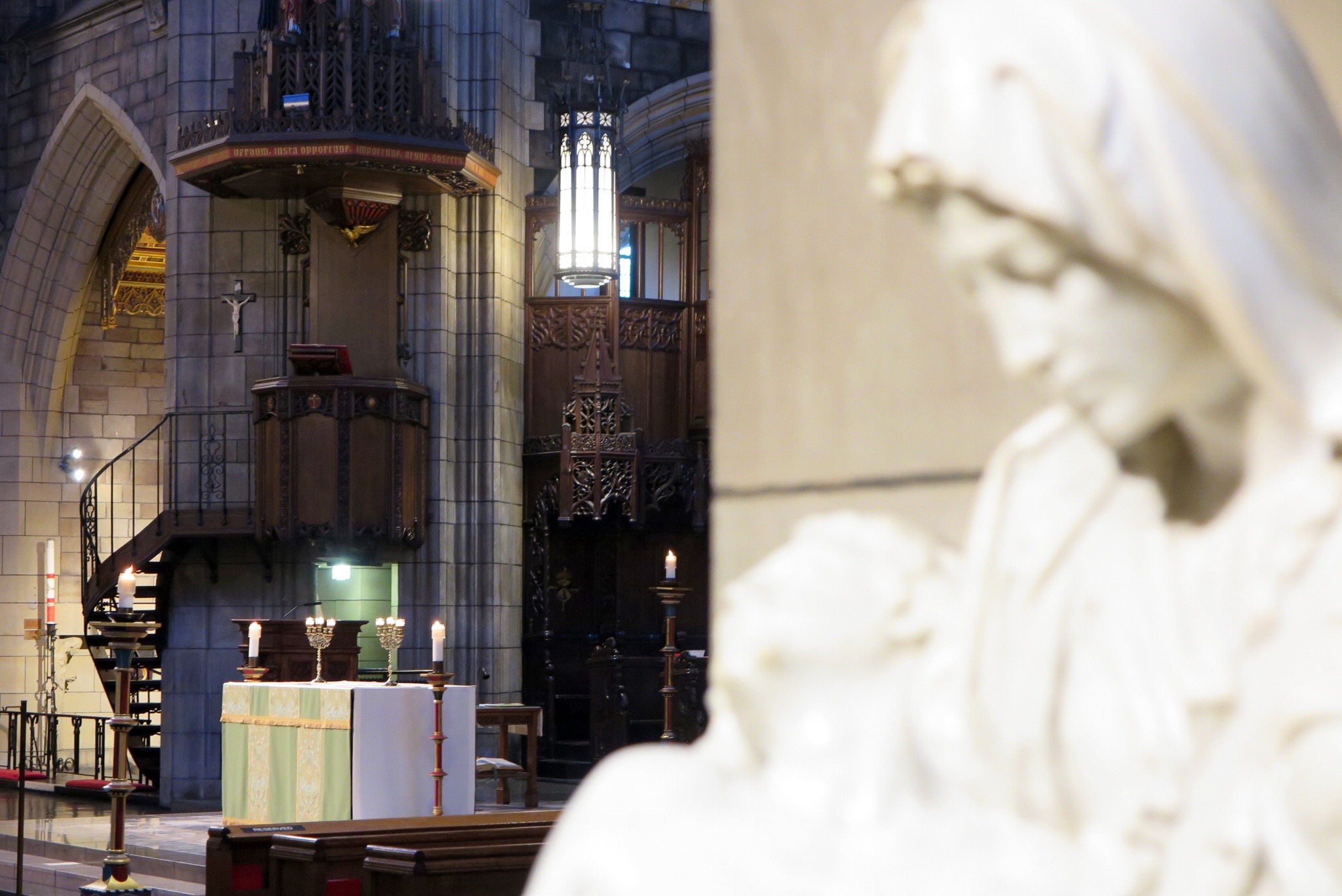 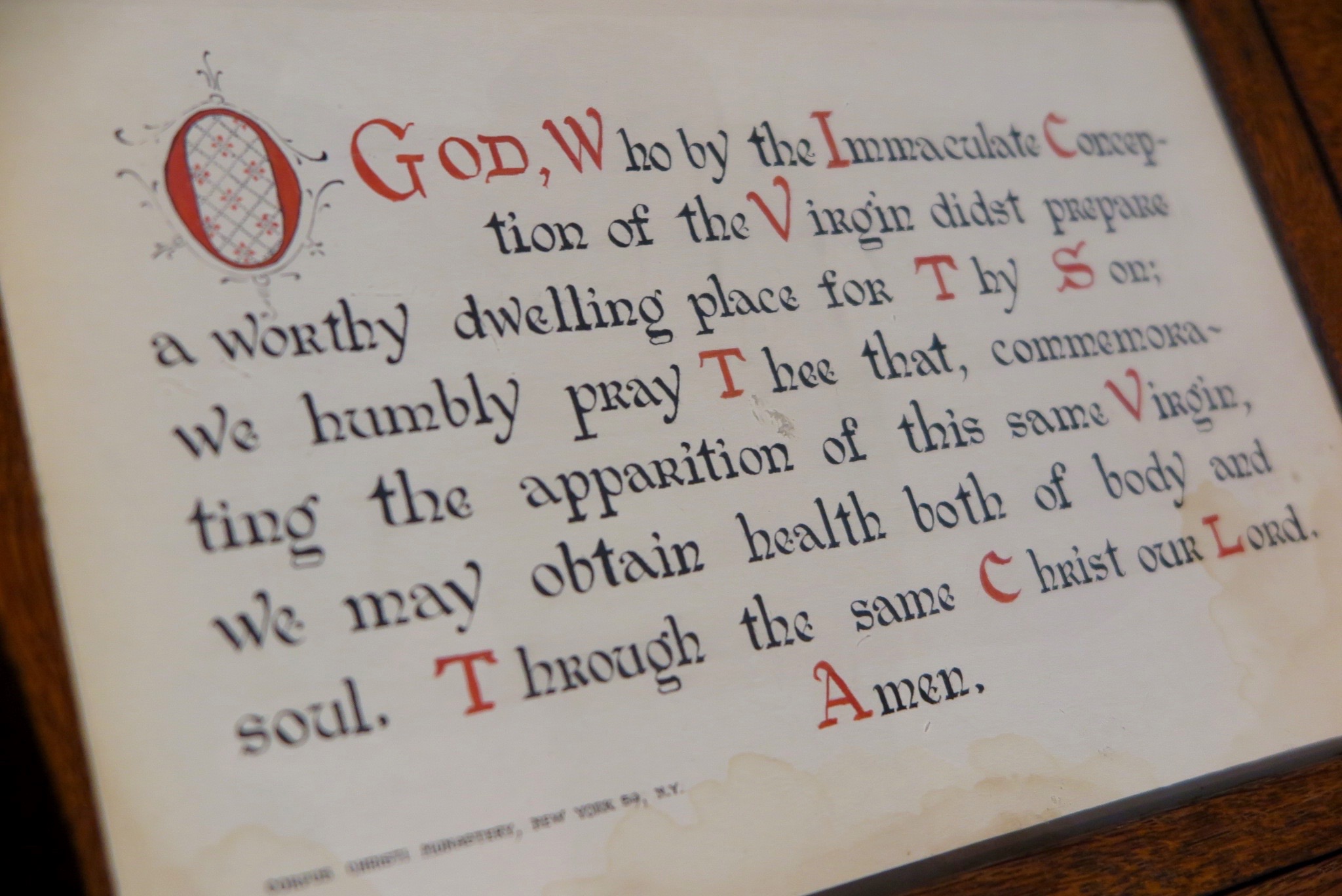 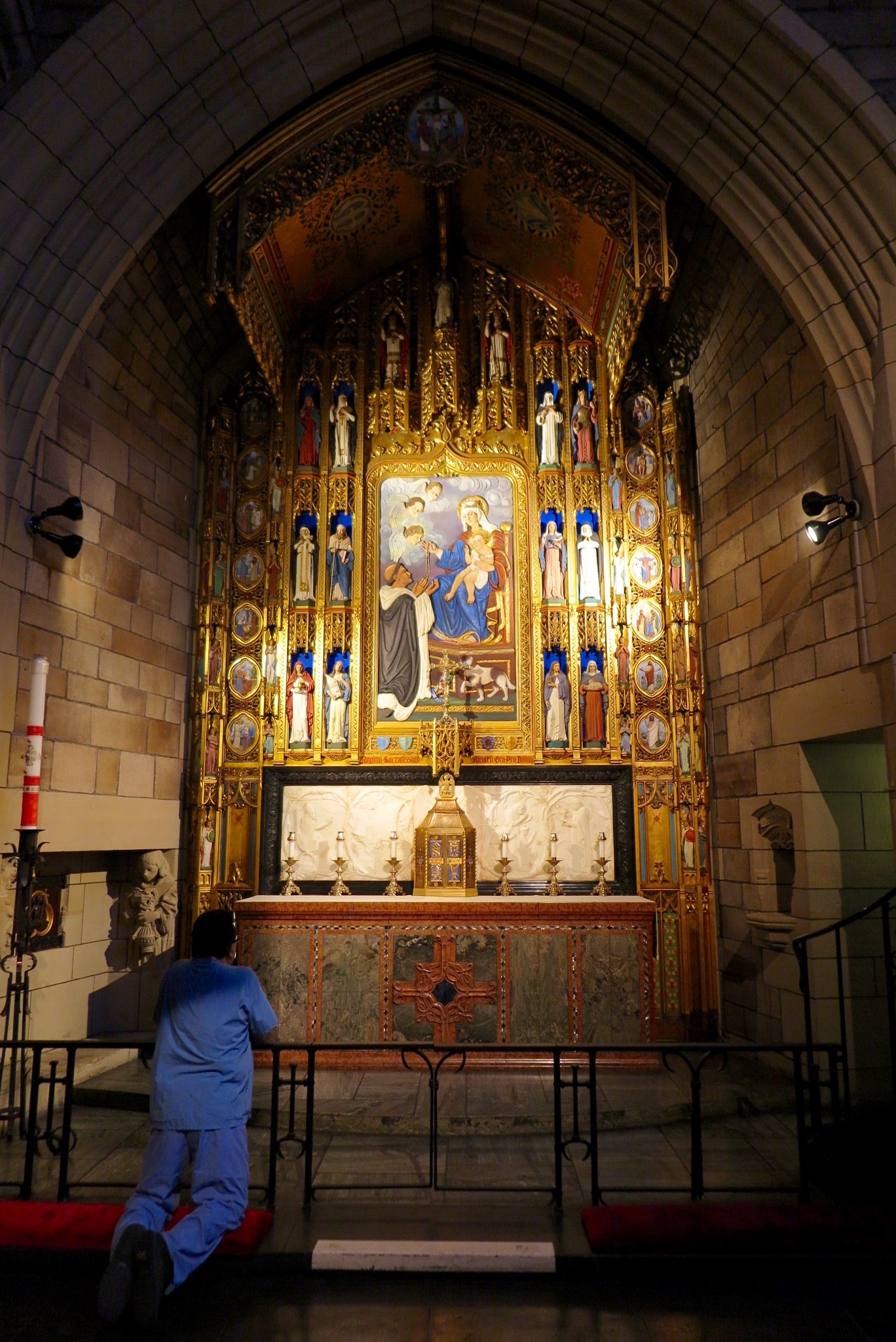 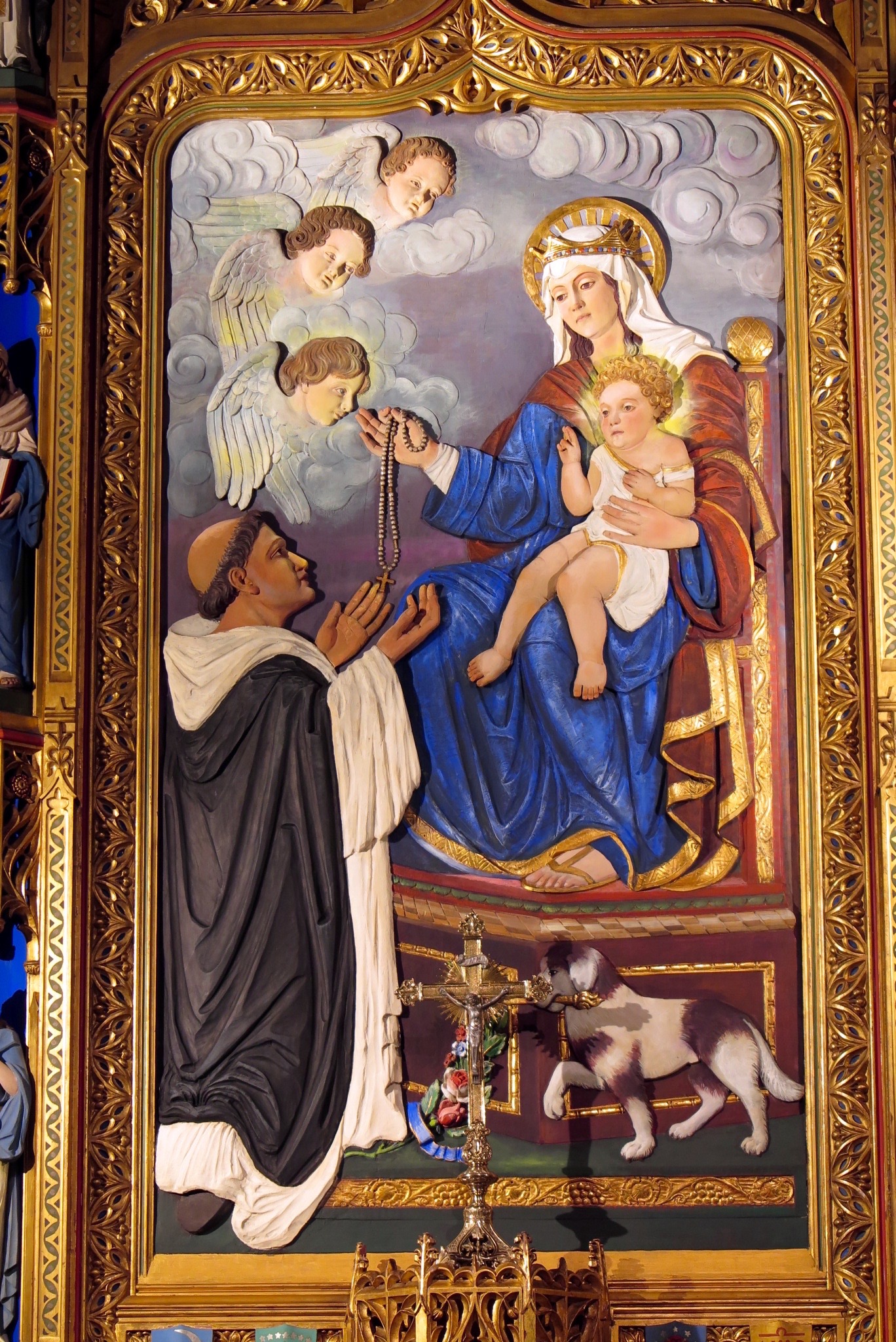 The hour concluded with the Chaplet of Divine Mercy, Benediction, and the singing of the “Salve Regina.” 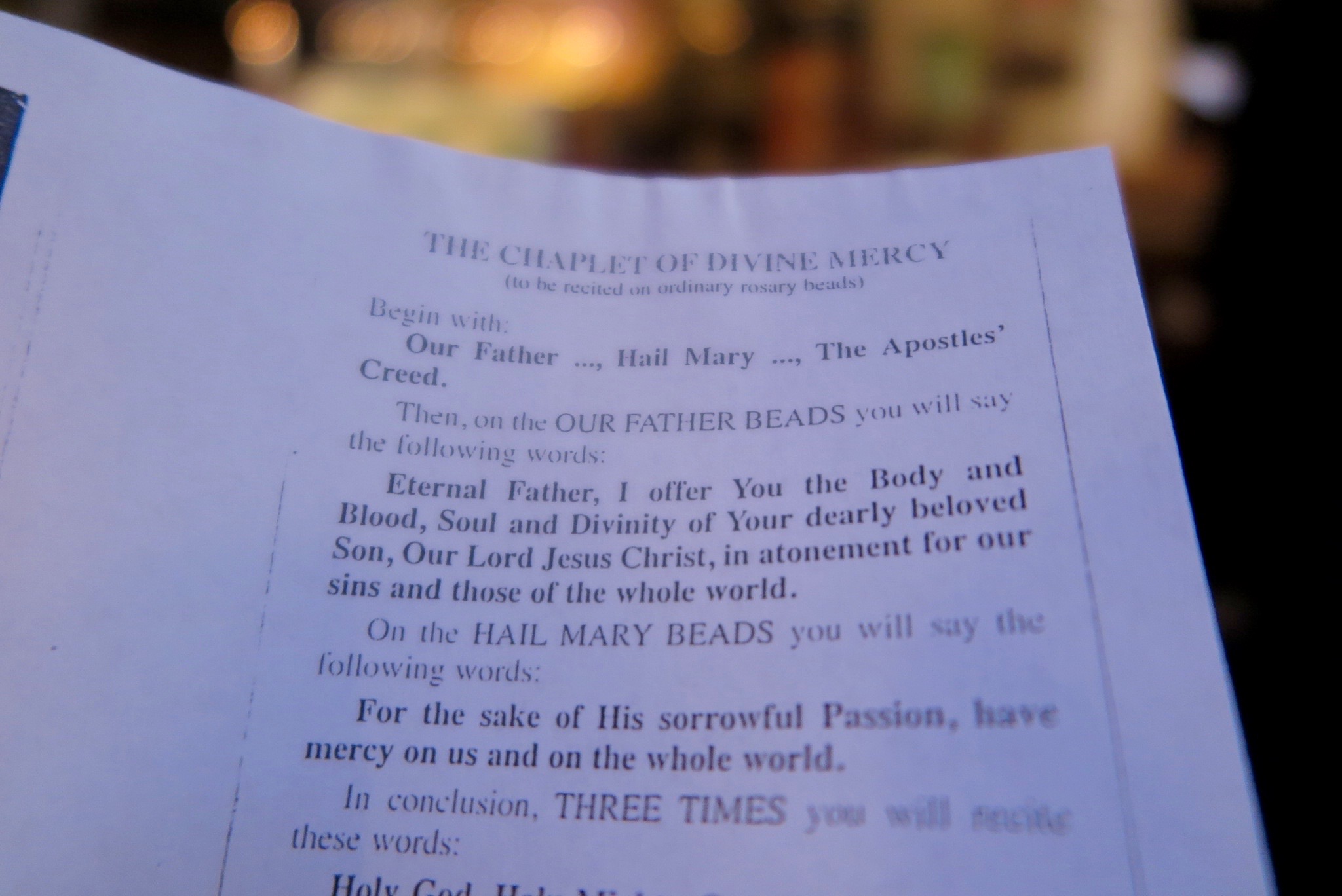 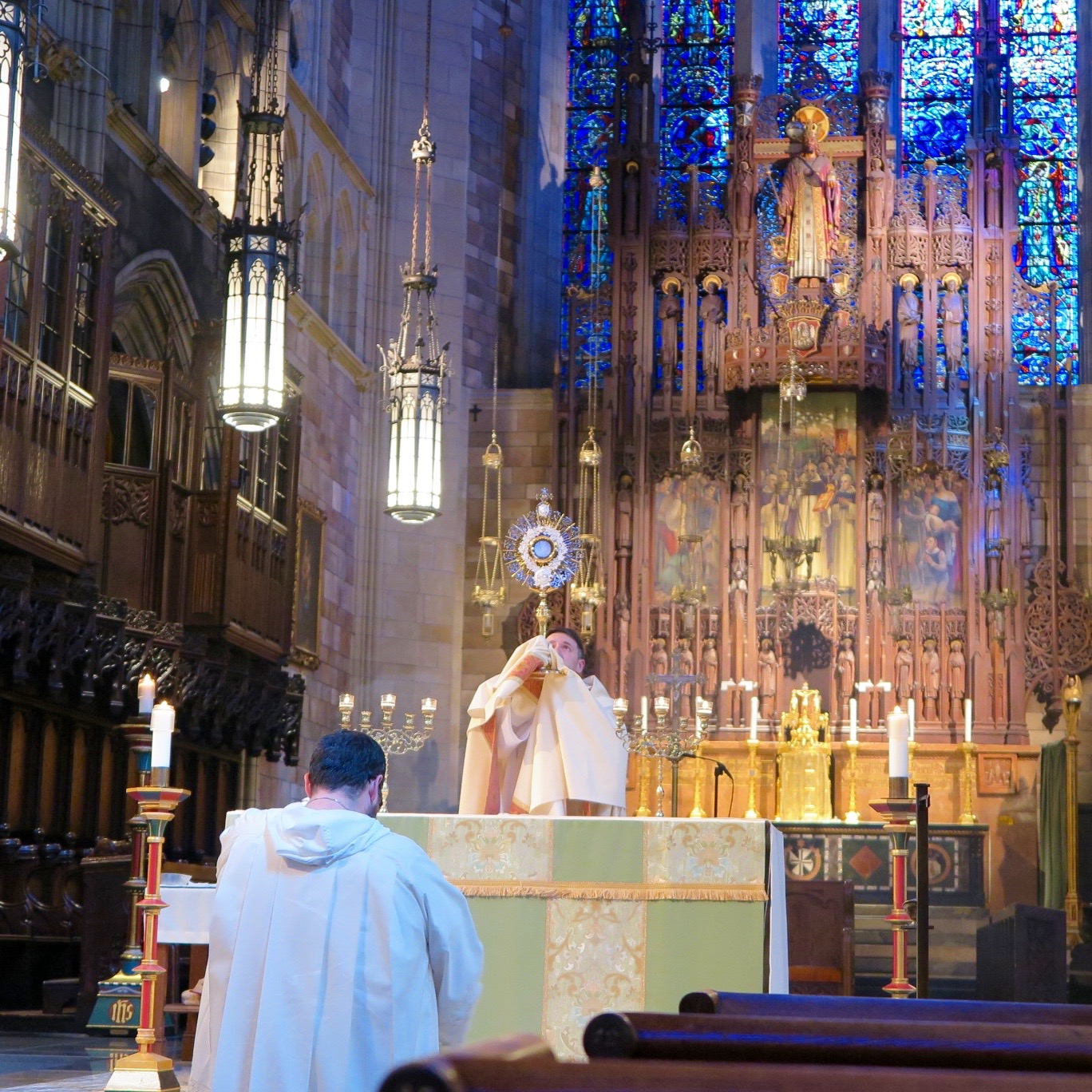 My hat goes off to Kathryn Lopez, for pulling this together—and I know our prayers were not in vain. The Lord hears the cry of the poor—and we feel a special poverty at this moment, a poorness borne of broken hearts and outrage and despair. I know, too, we were not alone. In that sacred space, we were accompanied by many prayers, from many corners of the world, all seeking the same thing: healing and grace, at a moment when both right now seem in short supply.

I left St. Vincent’s feeling surprisingly soothed—uplifted and at peace. For a little while, in a tortured and torturous world, maybe that is enough. 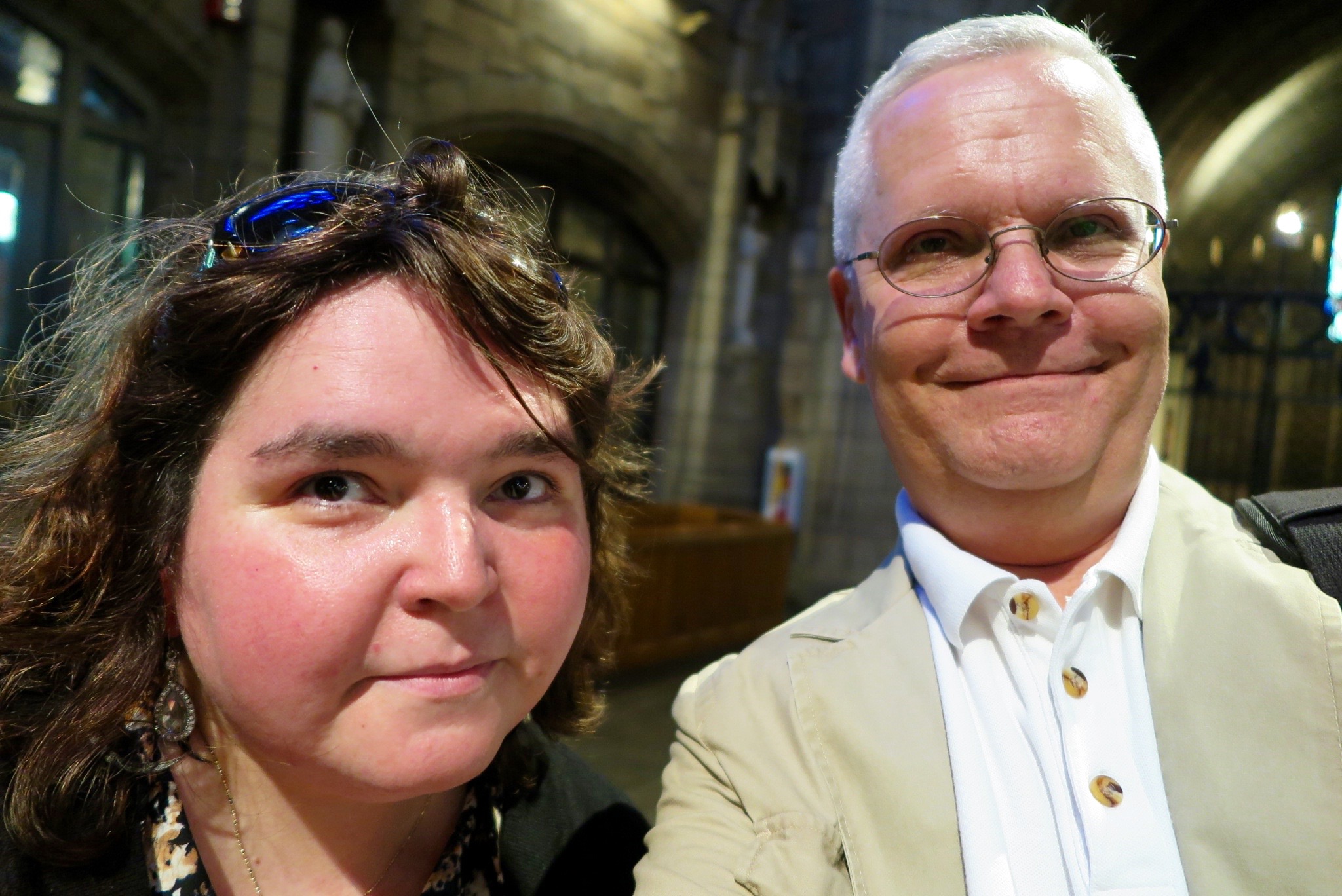