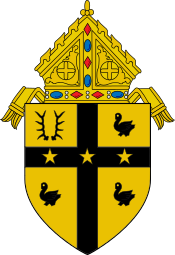 From the Detroit Free Press:

Let’s be honest, Catholic priests aren’t known for soul-stirring preaching. And according to Pope Francis and many ex-Catholics, that’s a problem. Boring sermonizing does not fill the sanctuary or pay the bills. It certainly will not curb the steady march of American Catholics from the faith. “Priests today have to compete with a digital media culture where sounds bites, tweets and social media updates are the currency of communication. It’s a real challenge for preachers to break through,” said John Gehring, Catholic program director at the Washington, D.C.-based advocacy group Faith in Public Life. That’s why Detroit’s Sacred Heart Major Seminary has hired two professional actors to put priests-in-training through an acting/public speaking workshop nicknamed Preaching Boot Camp. For the last several years, actors Arthur Beer and Mary Bremer-Beer have conducted the three-week workshops at the seminary. The seminarians are taught how to project, how to control tempo, and how to master timing in order to deliver a Biblical truth or a laugh line. The married couple’s boot camp is a change-up from the typical seminary classes in Catholic theology and doctrine. Classes begin with rounds of vocal exercises — think “Peter Piper picked a peck of pickled peppers.” There are stretches to loosen muscles and minds. The priests-in-training test their endurance in breathing exercises that involve holding a lit candle in front of their mouths. The goal is to exhale slowly to make the flame dance, while not blowing it out. Learning how to control their breathing can help in their delivery. To get them to tap into their emotions, the men were asked to write and deliver speeches about their mothers — and to read those speeches to their moms. When one of the seminarians said his mother started crying, Bremer-Beer, a Henry Ford College acting teacher, took it as a good sign: “Doesn’t it make you feel good when they cry?”