Remembering Jan Karski, the Catholic spy who warned about the Holocaust 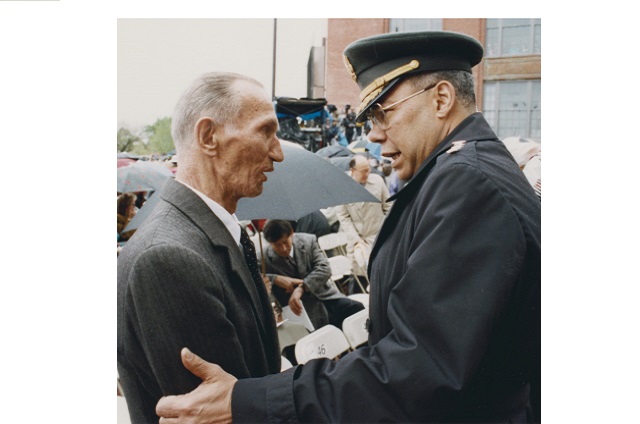 A new documentary is telling his remarkable and courageous story:

“He’s the only person I ever met whom I considered truly noble,” says noted Holocaust scholar, filmmaker and writer Michael Berenbaum, referring to Jan Karski, a Polish resistance fighter who warned Western leaders of the impending genocide of Europe’s Jews during World War II. Speaking at the screening of a new Polish documentary, “Karski & the Lords of Humanity,” at the recent Jewish Culture Festival in Krakow, Berenbaum said, “I’ve met Nobel Prize winners, but I truly felt I was in the presence of nobility when I was with him. He elevated every conversation.” That may be, but somehow Karski’s commanding presence and death-defying mission to save Polish Jewry evaded Hollywood and even the independent lens until now. But after 10 years of trying to bring the elusive member of the Polish underground’s larger-than-life story to the screen, director Sławomir Grünberg succeeded. …A Catholic born in the city of Lodz, Karski (formerly Kozielewski) grew up surrounded by Jewish families, for whom he felt a great affinity. On the path to becoming a civil servant, he traveled to Nuremberg, Germany, as an intern for the foreign minister, witnessing the Nazi propaganda rallies of 1933 and the humiliation of German Jews that ensued. It sensitized him to their plight and gave him a tremendous sense of foreboding. When war broke out, he joined the Polish underground, becoming a courier between the underground in Poland and the Polish government in exile – first in Paris, and then, after France fell, in England. Because the government in exile wanted information about the various underground factions, he met with a diverse array of groups, including the Jewish Zionists and Jewish Labor Bund. It was the Jewish leaders who informed him of the impending Holocaust, inviting him to sneak into the Warsaw Ghetto and a concentration camp, and imploring him to tell Western leaders, “Our entire people will be destroyed.” The genocide of the Jews taking place behind ghetto walls and barbwire shook him to the core.

And you can learn more about his life and legacyhere.

By coincidence, the acclaimed actor David Strathairn is starring in a play now being developed about Karski’s life. From The Washington Post:

At the core of the project remains the 66-year-old Strathairn, who’s made a specialty of portraying cerebral, brooding men of recent history, such as Edward R. Murrow (“Good Night and Good Luck,” for which he was Oscar-nominated) and J. Robert Oppenheimer (in a PBS series). Karski was so traumatized by his experiences as a courier for the Polish underground, taking his reports on the Nazi genocide of the Jews all the way to the office of President Franklin D. Roosevelt, that he could not bring himself to speak of the events again for decades. It is his reckoning with the past that forms the central theme of “My Report to the World.” “What’s really fascinating is discovering the roots of his psyche,” says Strathairn, during a lunch break this week from rehearsals in New York; the piece runs at the Museum of Jewish Heritage in Lower Manhattan — with the short detour to Washington — until July 25. “What compelled a man to do that: Why was he silent? And how he reconciled himself with the celebrity of it.”