Signs of dignity and hope

A remarkable project in Boston:

Every few weeks the guys behind Signs for the Homeless sit down with a homeless person around Boston and listen to their story which they share on their site. They also make a donation in exchange for the person’s old, scrawled, cardboard sign and replace it with a snappy, creative, hand-painted version with the same text…

You can visit the Signs for the Homeless website to see the pictures and read the stories, like the one below, from last April: 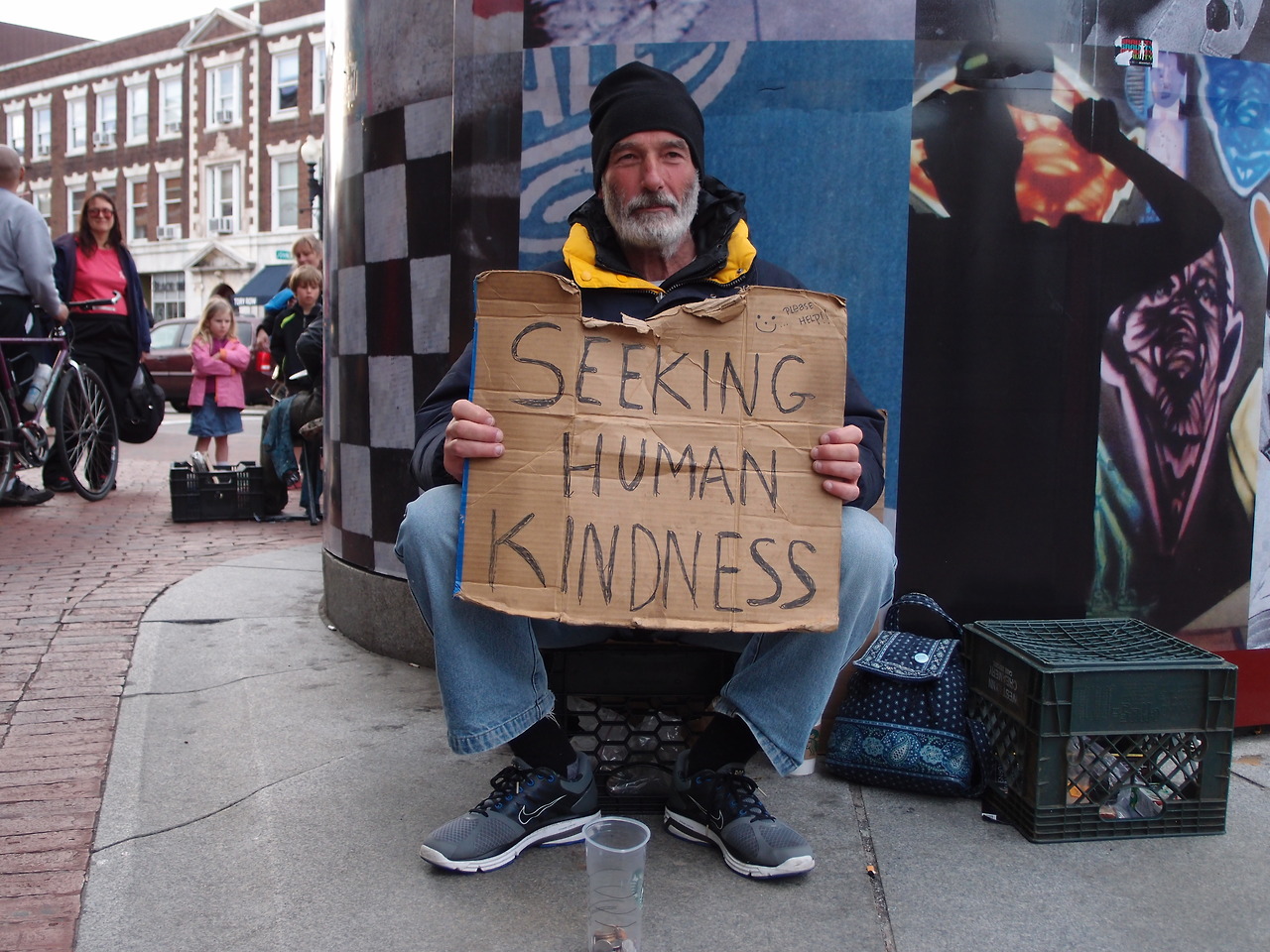 Name: Mike a.k.a. “The Pope of Harvard Square”


Where are you originally from?
I was born and raised in Boston, MA.

I’m adopted Ok. I was adopted through the Catholic Charities at 4 months old to the best family in the world. My father owned funeral homes and construction sites. My mother was a stay-at-home wife. I also had a sister who was adopted. My family are all dead now.


How long have you been homeless?


How did you become homeless?

I always did relatively well in life. I was a construction work supervisor. In 2008 I had a mild stroke, and months later was laid off during the economic crash. I have a lot of medical bills, and because I haven’t fully recovered from my stroke, I can’t go back into the construction business again. My health is about 65% back to where it was, and I’m grateful for that. But my poor health hinders me from going back into my trade.


How do you get through the cold winters?

It is very tough. Very tough. The problem is when you wake up with 6 inches of snow on you. There is never enough space in the shelters, and you don’t know where your next meal is going to come from. Fortunately, some businesses in Cambridge allow you to sleep in the door ways of some of the stores for shelter.


What is your biggest struggle being homeless?

Maintaining interpersonal relationships. Everybody in the streets are always coming and going. You have friends that are here today but are gone tomorrow.

I want to thank you guys for your donation of twenty dollars. It will really help me get through this week. 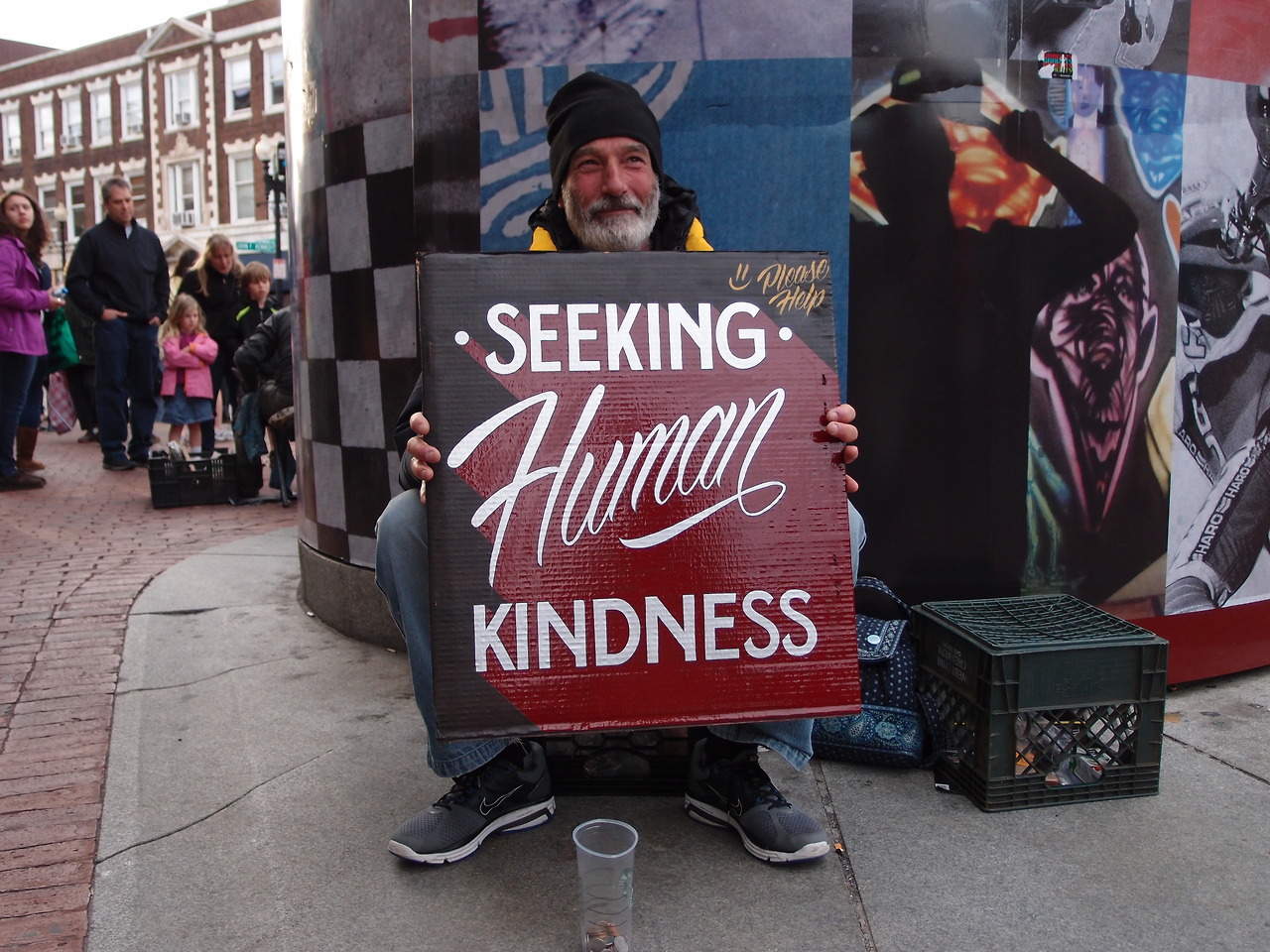 Prayer for this evening
Top 10
1
Domitille Farret d'Astiès
Attacked with acid as a baby, Anmol Rodriguez overcomes and inspi...
2
Esteban Pittaro
Argentine “Mother Teresa” was a former model and actress who embr...
3
Philip Kosloski
Your body is not a “shell” for your spirit
4
Philip Kosloski
How Our Lady of La Salette can give us hope in darkness
5
Cerith Gardiner
12 Habits of Blessed Pier Giorgio Frassati that every young adult...
6
J-P Mauro
The largest Catholic parish church in the US will soon be in Cali...
7
Philip Kosloski
Pray this Psalm when you successfully recover from an illness
See More