Stephen Colbert: making the Sign of the Cross and making a splash 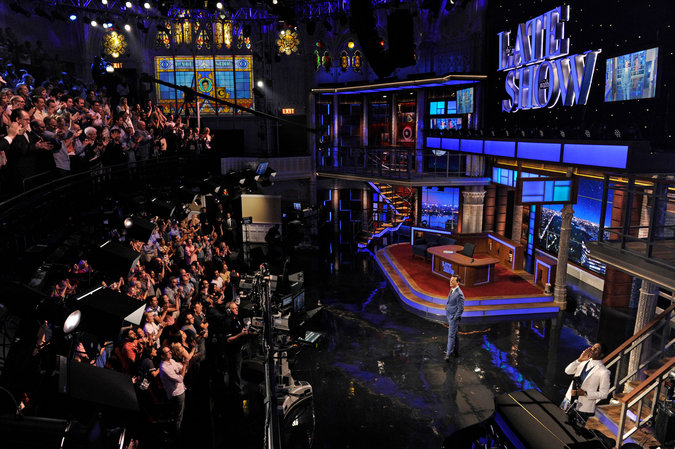 He had me with the Sign of the Cross.

Stephen Colbert made the gesture in the first few moments of his debut on “The Late Show” last night. And that was it. I was willing to forgive him anything.

There was a lot to forgive. The show was sprawling, outrageous and wildly unfocused. But it was also by turns smart (a conversation about Darfur?!), funny (Trump and Oreo cookies?!), and endearing (I loved seeing Colbert’s family in the front row, and the sincere tribute he paid to David Letterman.)

Colbert took command of the show with a lot of energy—too much, I think—but also with an overflowing font of public good will.  The crowd clearly loved him; chants of “Stephen, Stephen, Stephen!” broke out often. The best parts, for me, were the opening and closing segments. Colbert kicked off the show with a Whitmanesque “Star Spangled Banner,” which he sang (impressively, carrying the harmony) with ordinary Americans at a factory, a bowling alley and a ballpark—concluding as the catcher behind home plate whipped off his mask to reveal himself as…Jon Stewart.   (Did anyone else notice in the closing credits that Stewart is one of the show’s Executive Producers?)  And at the end, Colbert also broke into song to join Mavis Staples and a mob of musicians for a celebratory rendition of “Everyday People”—which helped cap the lively broadcast with a tone the New York Times called, fittingly, “populist.” (There was also a nice “Easter egg” coda at the very end, with Colbert and Jimmy Fallon saying goodnight to each other in a mythical late night talk show host locker room.)

Other parts in between were a jumble of good, bad and indifferent. I think it will take time for Colbert to find the right mojo for this. But there’s a lot to like—especially bits that harkened back to “The Colbert Report,” with some pungent commentary at the desk—and I have no doubt he’ll figure it out. He’s a smart guy.

Meantime, The New York Times marked the debut of the new host by debuting its new television critic, James Poniewozik. I agree with a lot of what he had to say:

As overstuffed and messy as this new “Late Show” could be, big is a refreshing goal at a time when late-night shows have been redefined as content creators for your phone. It is maybe the biggest slight and highest compliment to say that none of the episode’s best bits seemed especially viral.

The field is more crowded than it used to be, but there’s a window for Mr. Colbert to stand out as a nimble-minded, seriously funny comic whose guests say interesting things rather than do funny things. He and his competitors have rejected the proud tradition of late-night hosts hating one another with the fire of a thousand hells — Mr. Fallon made a cameo, as Mr. Colbert did on “Tonight” — but that doesn’t mean you and I can’t notice differences, and let’s just say I don’t expect to hear the phrase “emotional narrative” on Fallon anytime soon as I did during Mr. Bush’s interview.

The overabundance of the first “Late Show With Stephen Colbert” may be a flaw then, but it’s also the best reason to be excited for the second, and the next hundred. This show may not completely know what it is yet, but it knows exactly who its host is: a smart, curious, playful entertainer who’s delighted to be there.

It’s worth noting that now, for the first time, the three major hosts of late night—Fallon, Kimmel and Colbert—are all Catholic.  Colbert is more apt to wear his faith on his sleeve. He’s also not shy about flaunting it. It will be interesting to see how that pops up, or doesn’t, on his new venue, particularly with the pope about to visit New York. Will Cardinal Dolan drop by? James Martin?

It’ll be fun to see how this “Late Show” develops in the days ahead. It’s a big sandbox. And Colbert is clearly having a blast playing in it. 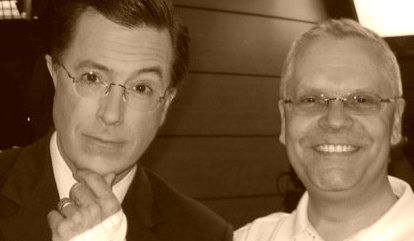