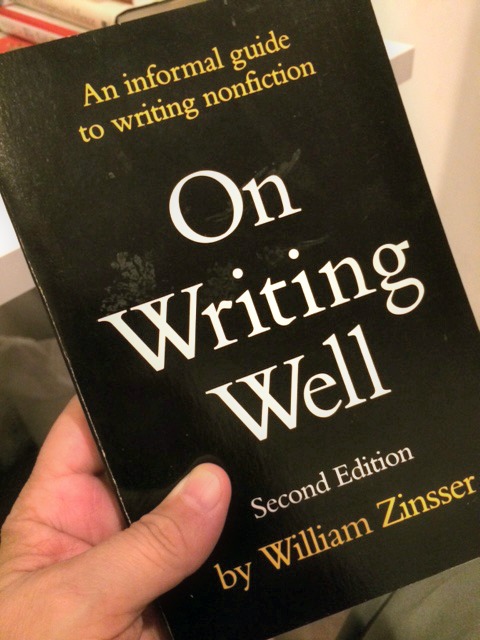 When I was in college—wearing pretentious tweed caps and drinking gallons of bad coffee and sneering at freshmen while fancying myself a writer—there were two books that were always close at hand: Strunk and White’s “The Elements of Style” and “On Writing Well” by William Zinsser. They held the keys that unlocked the treasure chest of good writing. I was convinced they would help me land a job at The New Yorker when I graduated. (We’ll skip over the inconvenient truth that I went to a middling state school and graduated a semester late with a deplorable GPA—toiling every night at the student newspaper instead of attending class, it turns out, can have that effect.)

These books were sacred texts. Zinsser, to me, was a kind of guru, Yoda with a red pencil. He had a gift for making the hard work of good writing seem like something not only honorable and wise, but even fun.

William Zinsser, a writer, editor and teacher whose book “On Writing Well” sold more than 1.5 million copies by employing his own literary craftsmanship to urge clarity, simplicity, brevity and humanity, died on Tuesday at his home in Manhattan. He was 92.

Mr. Zinsser wrote 19 books, taught at Yale and elsewhere, was drama editor and movie critic for The New York Herald Tribune and executive editor of the Book-of-the-Month Club.

But it was his role as an arbiter of good writing that resonated widely and deeply. “On Writing Well,” first published by Harper & Row in 1976, has gone through repeated editions, at least four of which were substantially revised to include subjects like new technologies (the word processor) and new demographic trends (more writers from other cultural traditions).

It became a book that editors and teachers encouraged writers to reread annually in the manner of another classic on the craft of writing, “The Elements of Style,” by William Strunk Jr. and E. B. White.

Mr. Zinsser went beyond that earlier book’s admonitions on writerly dos and don’ts; he used his professional experience to immerse readers in the tribulations of authorship, even subconscious ones.

“Ultimately, the product any writer has to sell is not the subject being written about, but who he or she is,” Mr. Zinsser wrote in “On Writing Well.” He added: “I often find myself reading with interest about a topic I never thought would interest me — some scientific quest, perhaps. What holds me is the enthusiasm of the writer for his field.”

I still have my copy of his book—that’s my paperback Second Edition in the picture, pages yellowed and the spine starting to become unglued. It’s been sitting on a bottom shelf in my home office, collecting dust for too long. I need to re-read it. It contains wisdom that reaches beyond grammar and sentence structure.  (I’m sure there’s a homily or two in there.)  Every page carries gold:

“The secret to good writing is to strip every sentence to its cleanest components. Every word that serves no function, every long word that could be a short word, every adverb which carries the same meaning that is already in the verb, every passive construction that leaves the reader unsure of who is doing what—these are the thousand and one adulterants that weaken the strength of the sentence.

The writer must constantly ask himself: What am I trying to say? Surprisingly often, he doesn’t know. Then he must look at what he has written and ask: Have I said it? …

…Writing is hard work. A clear sentence is no accident. Very few sentences come out right the first time, or the third. Keep thinking and rewriting until you say what you want to say.”

God bless you, William Zinsser. And thank you.