That “aha” moment: God, spirituality and the science of 12-step programs 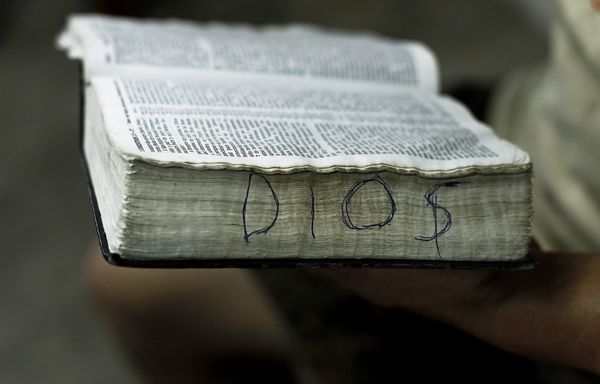 An interesting glimpse inside the science of the recovery movement, and some insight into conversion, too, from National Geographic:

Established treatment facilities like Sierra Tucson offer everything from traditional medicine to such alternative approaches as equine therapy and healing circles.

According to Nia Sipp, staff psychiatrist with Sierra Tucson, the goal is not just removing the substance or behavior but also facilitating self-reflection and creating social systems. “Oftentimes people feel that it’s about God and other things,” Sipp said. But she believes that the A.A. concept is more about “the spirit of community.”

Rev. Jack Abel, director of spiritual care at Caron Treatment Centers, agreed. “When we say spirituality, we’re talking about connection. People who are addicted become disconnected. And spirituality, as it’s emphasized in the program of the 12 steps, is profoundly reconnecting.”

According to Marvin Seppala, chief medical officer at Hazelden and sober 37 years, attending 12-step meetings does more than give an addict warm, fuzzy feelings.

The unconscious neurological pull of addiction undermines healthy survival drives, causing individuals to make disastrous choices, he said. “People will regularly risk their lives—risk everything—to continue use of a substance.”

Addicts don’t want to engage in these behaviors, but they can’t control themselves. “The only way to truly treat it is with something more powerful,” he said—something, like the 12 steps, that can change patterns in the brain.

He avoids theological opinions, noting that the positive mental and emotional effects that might come from believing in God are real to the individual. “Irrespective of whether God truly exists or not,” Newberg said, “the brain is less interested in the accuracy of reality than the adaptability of how we respond.”

Bill Wilson had a famous “white light” experience in a hospital room, where he was recovering from what would be his last alcoholic bender. He claimed it was a spiritual awakening that not only changed his outlook but also removed his desire to drink.

Newberg said that “large-scale, existential-type crises” such as Wilson’s can bring instant changes to the brain. New neuronal pathways are activated or reactivated. This instant rewiring, Newberg said, generates a sudden and intense “aha” moment.