The nuns spoke—and the archbishop listened

The archbishop in question is Seattle’s J. Peter Sartain—FOTB (Friend of the Bench)—and this account appears in today’s New York Times:

When 25 leaders of the largest organization of American nuns met for the first time with Archbishop J. Peter Sartain of Seattle in 2012, after theVatican appointed him to lead an overhaul of their group, they expected conflict.

The nuns were hurt and confused when the Vatican accused them a few months earlier of straying from Catholic teaching and promoting “radical feminist themes incompatible with the Catholic faith.” And for many Catholics, the appointment of Archbishop Sartain and two other bishops amounted to a hostile takeover.

“Things were still quite raw,” said Sister Carol Zinn, the past president of the Leadership Conference of Women Religious, which represents about 80 percent of American nuns. “Our board members were saying to him, ‘What do we say to them, Archbishop, what do we say to our sisters?’”

But instead of lecturing the nuns — women who had dedicated their lives to teaching, health care, academia and social justice — Archbishop Sartain listened. “That continued for the next two years,” Sister Zinn said, and it helped lead to a breakthrough: Last month, the leaders of the group say, they were stunned to find themselves at a cordial meeting in the  Pope Francis, talking with him for nearly an hour about religious life and their calling to care for the poor and suffering. …The nuns’ leaders detected a ray of hope in their first meeting, in Rome, with Archbishop Sartain. The sisters say he told them, “We’re going to be working together.” 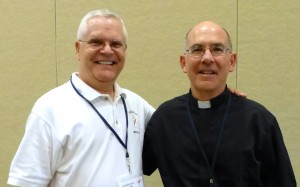 “He did not come to us with a process in mind and he was not given one by the C.D.F.,” said Sister Zinn, the past president of the Leadership Conference. “The only criteria for him was we would build a relationship and have conversations that were mutually respectful.”