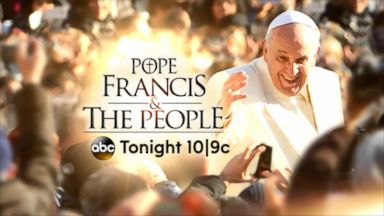 As I wrote over at Aleteia, this was a media moment without precedent:

You don’t turn on a major TV network and hear talk of God’s silence, Christ’s crucifixion, human moral struggles and the agony of the Cross. (In another sequence, the pope warmly praised a single mother for not having an abortion and for deciding, instead, to bring her children into the world. When was the last time that idea was brought up without any criticism or smackdown on network TV?) To hear these topics and others presented so straightforwardly on television, without a trace of cynicism or skepticism is rare. (And that it happened on ABC—which gave the world the gay-centric “Modern Family,” the transgender documentary series “Becoming Us” and the upcoming anti-Catholic “The Real O’Neals”—is downright incredible.) This surprising pope from Latin America has not only jolted the Church; he has made possible a media moment without precedent. As I tweeted Friday: ”#AudienceWithPope may be the most positive presentation of Catholicism on American television ever. Wow.” The closest comparison might be Robert Barron’s “Catholicism” on PBS or “Life is Worth Living” with Fulton Sheen over 60 years ago, but in my lifetime, on a major American broadcast network, there’s never been anything like this.