A Syrian priest who was captured by Islamic State militants in May thought he would die for his faith. Now, he credits the Virgin Mary and the help of a Muslim friend for his escape. “This is the miracle the Good Lord gave me: while I was a prisoner I was waiting for the day I would die, but with a great inner peace. I had no problem dying for the name of Our Lord; I wouldn’t be the first or the last, just one of the thousands of the martyrs for Christ,” the Syriac Catholic priest, Father Jacques Mourad, told Italian TV 2000. 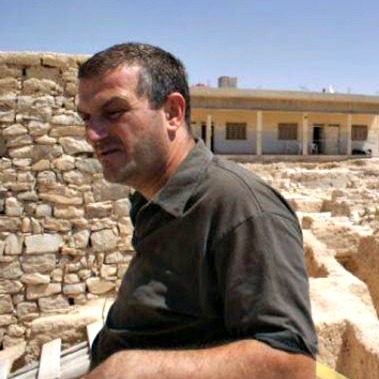 “I want to thank all those who prayed for my liberation. It’s truly a miracle that a priest has been freed from the hands of the Islamic State. A miracle that the Virgin Mary worked for me.” Father Mourad was prior of the Monastery of Mar Elian in the Syrian town of Al Qaryatayn, about 60 miles southeast of Homs. He said he was captured with another young man on May 21 after the militants arrived at the monastery. “The first four days we were in the mountains, locked up in the monastery’s car we were captured in,” he said. “On Aug. 11 we were taken to near Palmyra, where there are 250 other Christian prisoners from the city of Al Qaryatayn.” The Islamic State had captured Al Quaryatayn Aug. 6. Only around 30 Christians were able to escape the town for Homs after it was captured. Father Mourad that his captors regularly asked him to declare his faith. “Almost every day there was someone who came to my prison and asked me ‘what are you?’ “I would answer: ‘I’m a Nazarene, in other words, a Christian.’ “‘So you’re an infidel,’ they shouted. ‘Since you’re a Christian, if you don’t convert we’ll slit your throat with a knife’.” Despite the threats, the priest refused to renounce Christ.

Read more about how he escaped.

In response to a question about St. Elian, the fifth-century monastery he had rebuilt, Father Jacques said, “We don’t think about it. I can’t tell you this. Nobody can tell you this. It’s impossible to go back to Quaryatyn for the moment, and nobody knows for the future. We have to pray.” And now? What are his plans? “I plan to take some time, stay alone, pray, go out of this experience and after that maybe I will see what I have to do,” he said. “I want to see the light of God to guide me to put in my heart what I have to do. I’m sure God will ask me to do something bigger after this difficult experience.” Father Jacques declined to offer any opinion on what needs to be done to bring the Syrian conflict to an end, saying, “Nobody can answer this question. We are monks, we pray, we hope that our country will pass through this difficult time. It’s not our part. We are just waiting and praying and hoping for our people.”