Uproar at Duke: “Cultural pluralism will lose its value if students aren’t allowed to follow their beliefs” 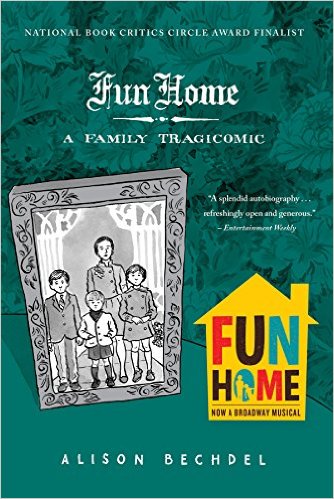 This story garnered some attention a few days ago:

Some new Duke University students are very unhappy with a summer reading option that has gay themes. Incoming freshmen began posting on the Class of 2019 Facebook page, saying they had decided against readingFun Home: A Family Tragicomic by New York Times best-selling author Alison Bechdel, according to the Duke Chronicle. The graphic novel, which focuses on Bechdel’s sexual identity as a lesbian and her relationship with her closeted father, includes illustrations depicting sex. Student Brian Grasso aired his grievances over the memoir’s “graphic visual depictions of sexuality” and said reading it “may compromise my personal Christian moral beliefs.” He suggested the selection of the book for the Duke Common Experience Summer Reading was insensitive to those with conservative beliefs. Others also complained about the “pornographic nature” of the illustrations.

When it announced the book selection last spring, Duke had this to say:

Published in 2006, this bestselling graphic book follows Bechdel’s relationship with her father, an English teacher and director of a funeral home, which she and her family call the “Fun Home.” Later, when Alison comes out as lesbian, she discovers her father was also gay, leaving Alison with a “legacy of mystery” to solve. “’Fun Home’ is a book like no other. The author uses the unique graphic medium to tell a story that sheds a lot of light on important and weighted issues like mental health, interpersonal relationships and human rights, all critical issues that students will become acquainted with in college,” said Ibanca Anand, a student member of the Duke Common Experience selection committee. “The book is a quick read but not an easy one; it made me uncomfortable at times, which I think is one of the most telling reasons why it’s so important for students to read,” Anand added. “It has the potential to start many arguments and conversations, which, in my opinion, is an integral component of a liberal arts education.” The Duke Common Experience Program is designed to give incoming students a shared intellectual experience with other members of their class, with the summer reading choice as a key focal point. During orientation welcome week activities, students will discuss the book in small groups and as a larger community as part of their evening at the Durham Performing Arts Center.

I was inclined to side with Duke on this; college is a place to be challenged, provoked, unsettled and even angered. Students periodically need to step outside their personal comfort zones and engage with ideas and viewpoints that may shock or even offend.

But then this morning I read this essay by a Duke freshman in The Washington Post,  and this changed my mind:

As a Christian, I knew that my beliefs and identity would be challenged at a progressive university like Duke. My first challenge came well before I arrived on campus, when I learned that all first years were assigned “Fun Home,” a graphic novel by Alison Bechdel. The book includes cartoon drawings of a woman masturbating and multiple women engaging in oral sex. After researching the book’s content and reading a portion of it, I chose to opt out of the assignment. My choice had nothing to do with the ideas presented. I’m not opposed to reading memoirs written by LGBTQ individuals or stories containing suicide. I’m not even opposed to reading Freud, Marx or Darwin. I know that I’ll have to grapple with ideas I don’t agree with, even ideas that I find immoral. …I think there is an important distinction between images and written words. If the book explored the same themes without sexual images or erotic language, I would have read it. But viewing pictures of sexual acts, regardless of the genders of the people involved, conflict with the inherent sacredness of sex. My beliefs extend to pop culture and even Renaissance art depicting sex. …Though many students denounced my decision publicly, almost 20 people privately messaged me, thanking me for my post. I received many messages from Christians, but a message from a Muslim man stood out. The man, currently a sophomore at Duke, wrote, “I’ve seen a lot of people who just throw away their identity in college in the name of secularism, open-mindedness, or liberalism.” Is this really what Duke wants? Cultural pluralism will lose its value if students aren’t allowed to follow their beliefs, even if they are conservative. Without genuine diversity, intellectual dialogue and growth are stifled. I recognize, of course, that Christians on campus and throughout the country have an important responsibility, too. We need to learn how to dialogue across differences.