“We are called to be light” 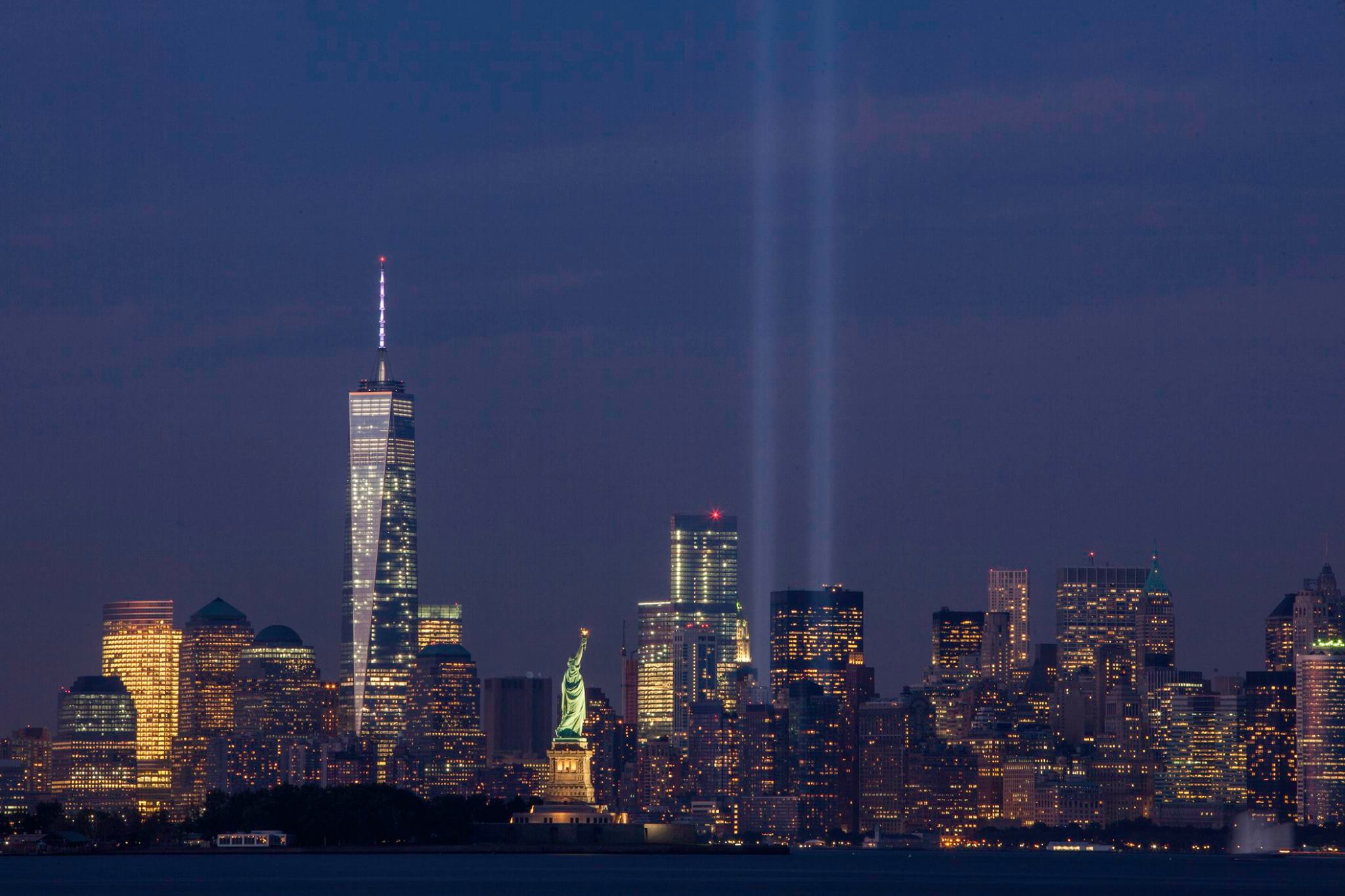 It was late October. That beautiful day in September seemed like a distant memory. The leaves were turning. The days were colder. If you walked across MacDonald Park, by the post office, you could see melted wax on the ground – reminders of candles from memorial services. When you passed bus stops and lamp posts, you saw scraps of paper were still taped there – fliers bearing names and pictures and phone numbers. “Missing,” they said. Or “Have you seen her?” Up and down Yellowstone Boulevard, every apartment building was flying the American flag. Around the city, we’d gradually gotten used to seeing soldiers in train stations, and in airports, and on subways.

One night I was headed home from work, and went to the Columbus Circle subway station. While I was waiting for my train, I heard a strange sound. I looked around to see where it was coming from. There, across the platform, was a kid, maybe 19 or 20 years old. He’d set down on the concrete platform some wood flooring. And in the middle of rush hour, with trains rumbling by, he was doing something unexpected.

People were stopping to watch. Many were smiling, nodding. And as the seconds ticked by and trains passed and the dancing went on, nobody wanted to move. All of us on that platform, it seemed, were remembering something we had almost forgotten:

The dance goes on.

It is the dance of life. The dance of perseverance. The world above us and around us may be in turmoil. But in the middle of our misery, and our grief, and our anxiety, and our fear…the dance goes on.

And, as that kid knew, you can only do it on something solid.

The gospel we just heard tells us how important it is to have a firm foundation. If you do that, you can withstand any storm.

Well, our foundation is our faith. Our base is the gospel. On days like this, it is what we stand on, what we rely on, what we draw on for strength and consolation. And underpinning everything, of course, is love — God’s love for us, and our love for one another.

The other day, I heard a news conference featuring Cardinal McCarrick in Washington. He spoke with other religious leaders, to talk about anti-Muslim sentiment that is spreading throughout the country.

I think most of us understand what he was talking about.

It is a love of freedom.

A love that offers compassion, and mercy.

A love that defies hatred.

A love that risks.

A love that runs into a burning building, up smoke filled stairs, to try and save a life.

A love that, as St. Paul put it, endures all things, and bears all things.

A love that is made of solid rock – a love that never fails.

That is our foundation – as a nation, and as Catholic Christians. And it makes it possible for us to gather here this day not in a spirit of vengeance or anger – but in a spirit of hope.

Last night, as I was leaving work in Brooklyn, a co-worker pointed up at the sky. “There it is,” he said. And I looked up and saw those two blue beams of light, piercing the night sky. It was beautiful and haunting. And, for all of us, it sends a powerful message. That tribute serves not only to remind us what we lost…but to remind us of what we are called to be.

We are called to be light.

We are called to light up the night.

In a world that right now is often more night than day, we are called as Christians to break through the gathering clouds – and bring light, the light of Christ, into the world. Indeed, at our baptism, we receive that light in the form of a candle, and are challenged to carry it to others.

“A good person,” Christ said, “out of the store of goodness in his heart produces good.”

As we pray together on this anniversary, let us pray that God’s grace will help us to do that.

The world needs that illumination.

We need that hope.

We need the reassurance of the Resurrection – to be reminded that, in spite of everything, there is life.

In spite of everything, the dance goes on.