What role can the deacons’ wives have during the ordination rite?

This question popped up this morning on Zenit:

Q: In the ordination of permanent deacons, during the procession, some wives of deacons expressed the idea of wives carrying their husbands’ vestments and walking beside or behind their husbands who are to be ordained. This seems to show vividly their support for their deacon husbands and symbolize the primary importance of marriage sacrament in the life of a married permanent deacon. The introduction to the Rite of Ordination of Deacons does not give any chance of wives’ participation in the rite. Is this a sign that the wives should give up on that idea mentioned above? — B.C., Houston, Texas

A: Wives are certainly very important, indeed essential, in the process of preparing married candidates for the permanent diaconate. According to the Code of Canon Law 1031.2, a married candidate cannot be admitted without the consent of his wife. 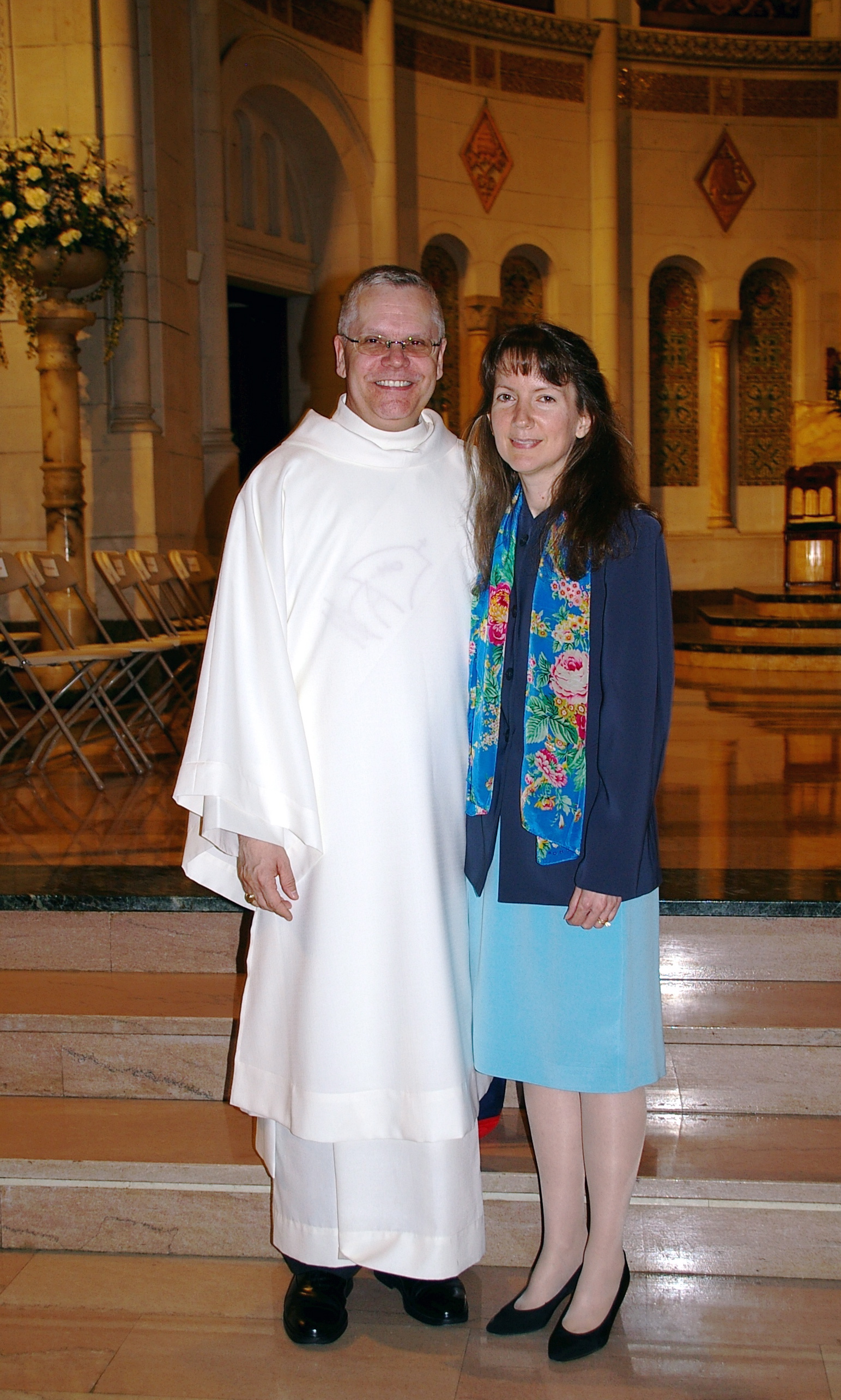 We can take, for example, the guidelines for the formation of permanent deacons issued by the Australian bishops in 2005 and which reflect common practice:

“27. If married, he [the candidate] must have the active support of his wife (and family). If not married, or if widowed in the future, he must be willing to accept a lifelong commitment to celibacy.

“35. An applicant’s wife will be encouraged to participate in at least some aspects of this formation program. Some additional sessions should be conducted specifically for the wives (and family members) of applicants.

In spite of this importance there is effectively no fixed role for deacons’ wives in the ordination rite.

There are probably several practical reasons for this. For example, on many occasions the candidates for the permanent and transitional diaconate are ordained together. On some occasions there are also priestly ordinations in the same ceremony. It would be impractical to single out some candidates in such mixed ceremonies.

Likewise, the order of the entrance procession at ceremonies such as ordinations is pretty much determined by the liturgical rules, and they do not allow for many additions. The persons who enter with the procession are usually those who have a precise liturgical function during the ceremony, although there are several exceptions to these rules in virtue of ancient privileges.

However, there might be one way of introducing the role of wives without violating the liturgical rules.

Read on to see the answer.

I’ve seen this handled a variety of ways. In some places, deacons after receiving the Book of the Gospels pass on the book to their wives; elsewhere, the wives help vest the deacons (though the actual vesting itself must be done by someone in Holy Orders—a priest, bishop or deacon.) In Brooklyn, the wives take part by serving as lectors and presenting the gifts.

But I hasten to add: no married deacon makes it into the sanctuary on ordination day alone. The prayers of wives are especially powerful. (I speak from experience!).

Prayer for this evening
Top 10
1
Cerith Gardiner
8 Powerful quotes from Nightbirde that will fill you with hope
2
Kathleen N. Hattrup
2 Bible verses when you’re weary down to the soul
3
John Burger
Alumni sue after this Catholic saint’s name was removed fro...
4
Philip Kosloski
Why is Latin the official language of the Church, instead of Aram...
5
Daniel Esparza
Who are the cherubim in the Bible?
6
Fr. Patrick Briscoe, OP
5 Questions (and answers) about Pope Francis’ changes to La...
7
Daniel Esparza
3 Legendary pilgrimages off the beaten path
See More