Don’t be Uncle Rico: A moral snatched from Napoleon Dynamite 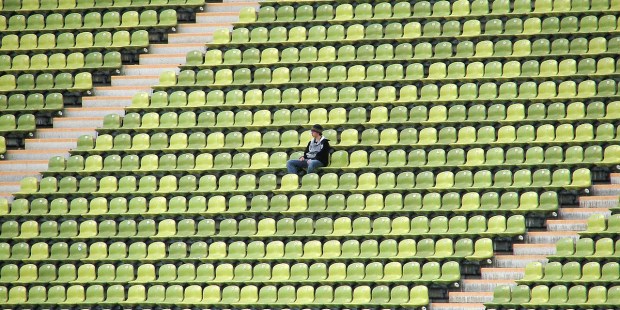 It was that incredibly awkward movie about a gangly, frizzy-haired high school boy Napoleon, his friend Pedro (who impossibly runs for class president promising in monotone, “If you vote for me, all of your wildest dreams will come true.”) and their shy, but enterprising friend, Deb.

But I don’t want to talk about them.

I want to talk about Uncle Rico.

Uncle Rico was the middle-aged relative called in to watch over Napoleon and his brother, Kip, when their grandmother breaks her coccyx in a bike accident. Uncle Rico is a stalled-out, wistful bachelor who lives in a 1975 Dodge Tradesman van and is inextricably stuck in the past. Sitting next to Kip on the front stoop of the house and gazing off in the distance, Uncle Rico started dreaming. And it was the same dream again and again…

Uncle Rico: Back in ’82, I used to be able to throw a pigskin a quarter mile.

Kip: Are you serious?

Uncle Rico: I’m dead serious…How much you wanna make a bet I can throw a football over them mountains?… Yeah… If Coach woulda put me in fourth quarter, we would’ve been state champions. No doubt. No doubt in my mind. I’d have gone pro…in a heartbeat. I’d be makin’ millions of dollars and… livin’ in a… big ol’ mansion somewhere. You know, soakin’ it up in a hot tub with my soul mate…Kip, I reckon… you know a lot about… cyberspace? You ever come across anything… like time travel?

Kip: Easy, I’ve already looked into it for myself.

While this exchange is pretty funny to watch, it is, in actuality, quite sad.

Especially because four years from now (I just realized), I will be Uncle Rico’s age.

You see, there was a time when I watched movies and television shows and related to the kids and teenagers. I, too, was young, fresh and hip (or, so I thought). I understood these youngsters’ styles, commiserated with their frustrations, and empathized with their angst, appreciation and aspirations regarding school and sports, college and career choices, girlfriends and best friends. I was one of them. And now? Well…with kids of my own, hair I have increasingly lost and periodic aches that come our of nowhere, I am now one of the adults. I could even be Uncle Rico.

But I am determined not to be.

When I watched Uncle Rico – ill-at-ease, constantly shifting, peering glassy-eyed into the distance for a past that will never return – I didn’t blame him or call him a fool. Honestly, I felt bad for him. We are all called to consider our past, to celebrate our successes and make amends for our failures, to more keenly cultivate our virtues and dispose of our vices. But we are called to live intentionally in the present.

Uncle Rico’s story is a lamentation for lost opportunity and wasted years. And the tragedy is that he continues to lose opportunity and waste further years because his lamentation never ends. To borrow from G.K. Chesterton, “He is in the clean and well-lit prison of one idea.” But at some point, you have to move on. Rico will never again be a star football player. He will never be tapped by the coach to win state. And he will never throw that football over the mountain.

But we live in a society that disagrees. It peddles regret and markets desperate remedies for lost time, lost opportunity, lost youth. Botox, implants, facelifts, collagen injections, hair transplants can “make you look younger.” Megavitamins, testosterone supplements, fast cars and trendy clothes can “make you feel younger.” And Uncle Rico and Kip’s ludicrous experiment with time travel even dreams of “being younger.”

At some point, we need to let these things go and be okay with who we are, where we are. Now, this is not to say we should forsake exercise or prescribed medications, excessively drink Schlitz, eat endless bags of pork rinds while watching American Ninja Warrior. Nor am I advocating settling in our sinfulness without reflection, remorse and earnestly sought absolution. But it is to say that we were called to be intentional in the moment we are now living and at the age we are living. Yes, reflect on the past. Absolutely, plan for the future. But “do today well”. Or as the sage physician William Osler once advised,

“Think not of the amount to be accomplished, the difficulties to be overcome, or the end to be attained, but set earnestly, at the little task at your elbow, letting that be sufficient for the day.”

St. Paul wisely wrote to the Church in Corinth, “When I was a child, I used to talk as a child, think as a child, reason as a child; when I became a man, I put aside childish things.” If our priorities today are the same as they were when we were high school sophomores, something is amiss. For in the time that has passed, surely we have encountered the death of a loved one, the birth of a child (ours or a loved one’s), the taste of true love, the gain and loss of friendship, a sharpened sense of the truly heroic and a more acute sense of the fallibility of man (including our own). Don’t these experiences change us? Shouldn’t they make us think differently, let go of the superficial and approach the mysteries of life (in their glory and tragedy) with greater reverence and humility? After all of this experience, Uncle Rico shouldn’t stop caring about how far he can throw the ol’ pigskin or whether coach should have played him in that pivotal moment so many years ago…but he should simply care less. He should have grown. And so should we. As a good friend reminded me, Carl Jung’s timeless wisdom is especially true,

“We don’t solve our problems; we outgrow them. We add capacities and experiences that eventually make us bigger than the problems.”

Napoleon Dynamite is a quirky movie. And Uncle Rico is a funny character.

But he is a sad one too.

So what’s a moral to be snatched from this movie?