The repository is you: Classic literature and Bob Dylan 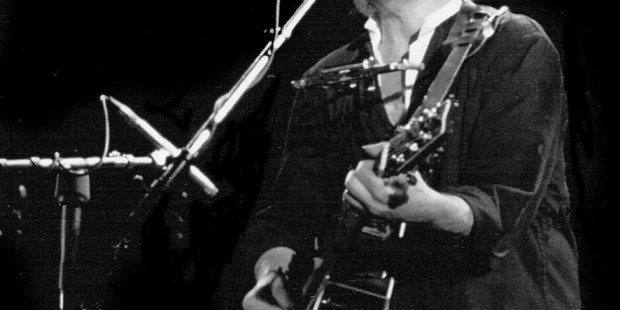 I’m sure he raised his eyebrows.

A singer who some harsher critics have acidly asked, “Can he even sing?”

Even Dylan in his acceptance speech puckishly mused,

“When I first received this Nobel Prize for Literature, I got to wondering exactly how my songs related to literature.”

And then he told us.

He spoke of ancient ballads and country blues, early folk artists and rock ‘n’ roll. Sonny Terry and Brownie McGhee, the New Lost City Ramblers and Jean Ritchie. And Buddy Holly. Dylan described the transformative moment when in the middle of a Buddy Holly concert, from six feet away,

“The eyes behind the glasses…looked me right straight dead in the eye and he transmitted something. Something I didn’t know what. And it gave me the chills.”

This is the music Bob Dylan cut his teeth on. And the lyrics were his literature.

“I had the vernacular down. I knew the rhetoric. None of it went over my head…When it started writing my own songs, the folk lingo was the only vocabulary I knew and I used it.

But I had something else as well. I had principles and sensibilities and an informed view of the world. And I had had that for a while. Learned it all in grammar school. Don Quixote, Ivanhoe, Robinson Crusoe, Gulliver’s Travels, Tale of Two Cities, all the rest – typical grammar school reading that gave you a way of looking at life, an understanding of human nature, and a standard to measure things by. I took all that with me when I started composing lyrics. And the themes from those books worked their way into many of my songs, either knowingly or unintentionally. I wanted to write songs unlike anything anybody ever heard, and these themes were fundamental.”

Now, that’s something you don’t hear every day – especially from an iconic musician. As a matter of fact, it was breathtaking. That Bob Dylan read the classics of literature, admitted they formed his way of looking at life, acknowledged their role in discerning the mystery of human nature (and — his lyrics would reinforce — a sense that human nature is rife with dignity and fallibility, suffering and grace), and that these works offered him a standard by which to measure things, is basically heretical to the modern, sophisticated worldview. Much of our current era disdains tradition, denies human nature, and dismisses a standard, instead promoting a woolly-headed, narcissistic relativism.

He owned it. And admitted that it made him.

Somehow, reading the classics of literature is considered outdated, stodgy and parochial. It is haughtily reasoned that modern literature is unquestionably an improvement on that which has come before. And yet, the classics are classic because they contain truths and narratives that endure. T.S. Eliot in his brilliant essay Tradition and the Individual Talent mocked the modern condescension of the classics saying,

“Someone said, ‘The dead are remote from us because we know so much more than they did.’ Precisely, and they are that which we know.”

“My antagonism toward progress has passed from antagonism to boredom. I have long ceased to argue with people who prefer Thursday to Wednesday because it is Thursday.”

“There’s nothing new in literature that isn’t the old reshaped.”

Frye would go on to reason that ignorance of the classics of literature only begets an incomplete understanding of the world.

Moby Dick, All Quiet on the Western Front and The Odyssey, as Dylan explains, have remained with him since his grammar school days. Again,

“The themes from these books worked their way into many of my songs, either knowingly or unintentionally. I wanted to write songs unlike anything anybody ever heard, and these themes were fundamental.”

Fundamental like Dante’s Divine Comedy comforting Primo Levi in Auschwitz. Fundamental like the prayers of the Rosary sustaining the beaten prisoner of war scrawling beads on the dirt prison floor. Fundamental like Robert Frost’s Stopping By Woods on a Snowy Evening granting me richer and deeper insight with each passing year since my fourth grade teacher required me to memorize it.

For the wisdom found in these books and stories, poems and prayers approached and remembered and, ultimately, passed on means that – more than libraries and playlists, books and record albums – you are the repository. And so am I.

Bob Dylan said it so well.

And then he finished,

“I return once again to Homer, who says, ‘Sing in me, oh Muse, and through me tell the story.”

Sing in me, oh Muse.

And through me tell the story.