What I learned from my daughter’s Presidential Wax Museum 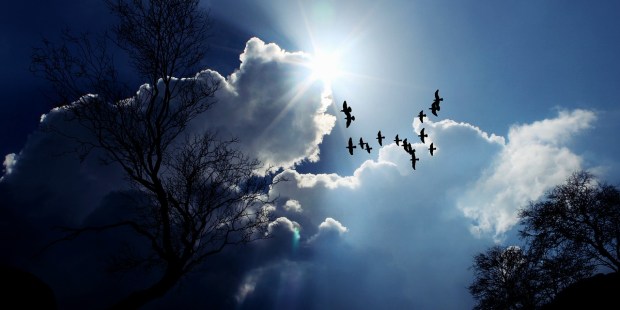 “Tell them to go out there with all they’ve got and win just one for the Gipper.”

“Well, there you go again.”

These are the kind of phrases bubbling up around my house these days.

Because my eight year-old is portraying President Ronald Reagan at our Catholic school’s Presidential Wax Museum. As a result, a 24 x 28 inch poster board lined with an American flag border is now adorned with presidential facts, photos of jellybeans, a picture of Supreme Court Justice Sandra Day O’Connor and innumerable red, white and blue stars. A second-hand suit coat is being fitted, hair gel is being contemplated and a thirty second speech speaks of John Hinckley, Jr. and The Great Communicator.

I knew my daughter would learn a lot from her research. But I never knew how much I would learn from her Presidential Wax Museum

When my daughter came across Reagan’s nickname, The Great Communicator, she asked me why he had earned it. We talked about (and pulled up YouTube videos) of Reagan’s 1964 speech A Time For Choosing, his courageous words at the Brandenburg Gate, and short clips showcasing his winsome, if not puckish, wit. But then we came to his 4 minute speech to the nation in the wake of the 1986 Challenger Space Shuttle disaster. This event, I told my daughter, was a flashbulb memory for my generation. Like the previous generation’s memory of the Kennedy assassination, we all knew where we were when we heard.

Reagan’s words were thoughtful and sensitive – a steady hand at the wheel. But it was when he finished his message that he moved into the sublime.

The crew of the space shuttle Challenger honored us by the manner in which they lived their lives. We will never forget them, nor the last time we saw them, this morning, as they prepared for their journey and waved goodbye and “slipped the surly bonds of earth” to “touch the face of God.”

If one takes the time to peruse Reagan’s memoir, letters, early speeches and innumerable anecdotes from family, friends and colleagues, one can’t help but recognize how deeply rooted his aspirations and policies were in his principles. Reagan, I am convinced, could have written this speech. But he didn’t. His young speechwriter (and current Wall Street Journal columnist) Peggy Noonan did.

And where did she find those closing, ethereal words that so moved a nation?

From a poem that she memorized in seventh grade.

John Gillespie Magee, Jr. was a nineteen year-old Englishman who, due to the outbreak of World War II in 1939, was kept from returning home to Warwickshire, England. The son of an Anglican priest, Magee felt morally called to join the Royal Canadian Air Force in order to help in the defense of his homeland. In 1941, he returned to England to fly Spitfires for the Royal Air Force against the raging attacks of the Nazi Luftwaffe.

But it was after one of Magee’s flights to soaring heights, that he penned High Flight.

Oh! I have slipped the surly bonds of Earth
And danced the skies on laughter-silvered wings;
Sunward I’ve climbed, and joined the tumbling mirth
of sun-split clouds, — and done a hundred things
You have not dreamed of — wheeled and soared and swung
High in the sunlit silence. Hov’ring there,
I’ve chased the shouting wind along, and flung
My eager craft through footless halls of air….

Up, up the long, delirious, burning blue
I’ve topped the wind-swept heights with easy grace.
Where never lark, or even eagle flew —
And, while with silent, lifting mind I’ve trod
The high untrespassed sanctity of space,
– Put out my hand, and touched the face of God.

After writing it, he folded the paper up, placed it in an envelope and sent it to his parents in America. His father, by then a curate of St. John’s Episcopal Church in the nation’s capital, published it in the church’s newsletter. Within a year, it was featured in an exhibit at the Library of Congress and has remained in print ever since.

Just think. A nineteen year-old pilot was inspired to write it. A seventh grade Peggy Noonan was asked to memorize it. An adult Peggy Noonan was moved to lithely place it at the end of a speech. A nation’s president was wise enough to offer it to a stricken nation. And my eight year-old daughter is now reciting it at a Presidential Wax Museum knowing full well that these words matter.

This small lesson – these poignant words, however brief and (of all things) resurrected by a Presidential Wax Museum – made me grateful…grateful to God. I am grateful for poets who scrawl something down even if they feel no one else will read it. I am grateful for teachers who ask distracted kids to memorize poems and research presidents. I am grateful for words that move a grieving nation.

And I am grateful for little girls who ask “Why?”.