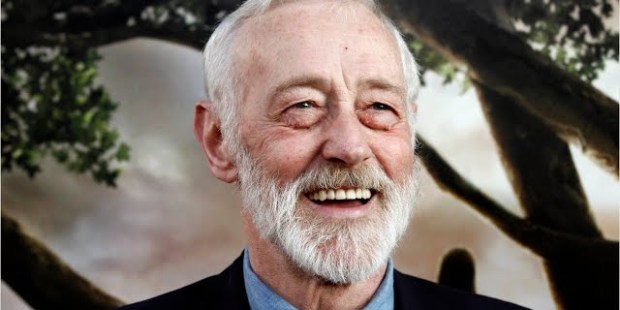 PRINTSCREEN | YOUTUBE
Share
Print
Tony Rossi - published on 02/06/18
With his role as Frasier Crane’s father Martin on the hit TV series “Frasier,” John Mahoney entered the pantheon of lovable and comical curmudgeons that viewers welcomed into their living rooms week after week. The down-to-earth, Ballantine beer-loving Martin served as the perfect foil to Frasier (Kelsey Grammer) and Niles’ (David Hyde Pierce) more upper crusty tastes. For 11 seasons, Mahoney was the “everyman” in that cast, and he played it to perfection.

What you may not know about the actor, who passed away due to cancer on Sunday at age 77, is that his Catholic faith was a key factor in his life. During an extensive interview he did with award-winning religion journalist and author Cathleen Falsani for her book “The God Factor,” Mahoney said, “I’m more spiritual than anything else, and Christianity is probably the most important facet of my life.”

Falsani, who knew Mahoney from their Oak Park, Illinois neighborhood, describes Mahoney as “truly the kindest man I know.” That kindness likely stemmed from his background and the wisdom he learned over the years.

Mahoney was born in Manchester, England, the sixth of eight children. After coming to the U.S. at age 19, he served in the Army, became a citizen, and attended a Franciscan school called Quincy College. During that era, he worked as a hospital orderly, which shaped his views on life.

Mahoney told Falsani, “I just think that somehow being around all that sickness and illness, yet seeing people’s resilience and faith, I noticed that the people to emulate were the people who loved, and loved God, and loved their fellow man, and weren’t selfish.”

Despite that lesson, it didn’t actually take right away. Mahoney didn’t pursue an acting career until age 37, and admitted that he was self-absorbed in those early days. But he experienced a major change when he went to Mass at Chicago’s St. Peter’s Church one day, an experience he described as “the intercession of the Holy Ghost.”

Mahoney said, “It was just about the most emotional thing that ever happened to me. I don’t know where it came from, I just had a little breakdown of some sort, and after that, made a conscious effort to be a better person, to be a part of the world, and to try to revolve around everyone else in the world instead of expecting them to revolve around me…I’ve always prayed to the Holy Ghost for wisdom and for understanding and knowledge. I think he answered my prayers when I stopped in the church that day. My life was totally different from that day on. I saw myself as I was, and I saw into the future and saw what I wanted to be. And I sort of rededicated myself to God and begged him to make me a better person. It wasn’t fear of hell or anything like that. I just somehow knew that to be like…what I was, wasn’t the reason I was created. I had to be better…And I think I am now. I like myself.”

Part of that devotion to God played out in his career. Before every performance, Mahoney would say this prayer: “Most glorious blessed spirit, I thank you for all the gifts and talents that you’ve given me. Please help me to use all these gifts and talents to their fullest. And please accept this performance as a prayer of praise and thanks to you.”

Mahoney also told Falsani that prayer is the first thing he does when he wakes up in the morning and the last thing he does at night. And about 20 to 30 times a day, he would simply pray, “Dear God, please help me to treat everybody – including myself – with love, respect, and dignity.”

John Mahoney has now met the God he prayed to for all those years. May his devotion grant him eternal reward.

Eternal rest grant unto him, O Lord, and let perpetual light shine upon him. May his soul and all the souls of the faithful departed, through the mercy of God, rest in peace. Amen.