Gary Zimak on How to Stop Worrying, Start Living, and Find a Real Friend in Jesus 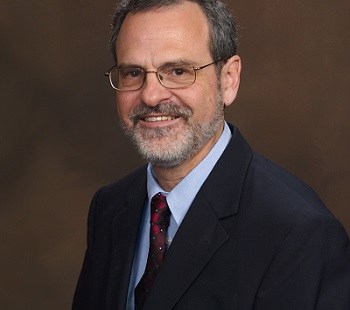 Those were just a few of the symptoms experienced by Catholic author, speaker, and radio host Gary Zimak. The reason? He had been a chronic worrier since childhood, and the problem wasn’t getting any better.

During an interview with me on The Christophers’ radio show “Christopher Closeup,” he recalled that this had been going on since he was six or seven years old: “I was worried that my parents would die, that I would get sick, that I would get beat up in school or flunk out. I feel it’s just my nature to always look at a situation and maybe see the worst.”

Gary was a cradle Catholic who went to Mass every week, but he admits his prayer life was “pretty lukewarm.” In times of turmoil, he would ask God to help him. But when things got better temporarily, he would forget about God again. “[But] I think there were some seeds planted early on. I learned that God cares about me.”

Eventually, the medical issues got so bad that Gary said to God, “From now on, I’m going to take You seriously and our relationship seriously.” And this time, he meant it: “I got to know Jesus on a personal level, and started feeling all kinds of peace…[I would still] categorize myself as someone who has a tendency to be anxious, but [I take] one day at a time, with God’s help.”

Gary not only discusses his anxiety issues when he gives talks around the country, he also addresses them in his book “Stop Worrying and Start Living” in order to help other worriers like himself. Among his sources of inspiration are Biblical figures, such as Abraham.

He explained, “Abraham was asked to do something pretty frightening. The Lord said, ‘I need you to follow Me and leave your homeland.’ And Abraham did it. He didn’t have any concrete proof, and he didn’t have a game plan. The Lord just said, ‘Follow Me. I’ll tell you where we’re going when we get there.’ I’m reminded that oftentimes in life we’re called to trust and we don’t have a guarantee. We have a guarantee the Lord’s going to promise us eternal life in heaven if we follow Him, but I don’t have every step of the way planned out for me. The Lord expects me to take one day at a time. So when I look at Abraham, I realize that if I really want to trust God, I’ve got to trust Him each day that He’s good for His word.”

Another way that Gary learned to deal with worry is by taking himself less seriously. During his talks, he jokes about his own anxieties and the way he automatically used to assume that a headache meant he had a brain tumor. (Maybe he unknowingly served as the inspiration for Arnold Schwarzenegger’s classic “It’s not a tumor!” scene in “Kindergarten Cop”).

Taking yourself too seriously, adds Gary, is a problem because it means “we cut God out of the picture, and we start feeling like this is all up to me…That’s why all the pressure is off once we realize, as St. Paul did, ‘When I am weak, then I’m strong.’…I put people in touch with the Lord and say, ‘Don’t try to stop worrying on your own. Instead, spend time with Jesus every day.’ All of a sudden, people have come back and told me, ‘I’m starting to feel more peaceful.’ That’s because they’re not doing the work. [Jesus is doing] the heavy lifting.”

In addition, Gary has written another book called “Find a Real Friend in Jesus,” that can help readers develop that close relationship with the Savior. He realizes it can be difficult for Catholics to think in this way because the Church offers an abundance of blessings that we take for granted.

For instance, “We have the real presence of Christ in the Eucharist. Sometimes we get so used to the routine that we don’t take it a step further and say, ‘Wait a minute. I’m receiving Jesus in Holy Communion, but am I really doing my part to be His friend?’ Friendship has to go both ways. He’s coming to me, but am I doing anything to get to know Him better? Once you realize what a great friend He is and how he’s always available no matter what time of day, for anxious people that’s great news. You wake up at 3:00 in the morning, you’ve got Jesus right there. It’s very, very powerful.”

The first step in building that friendship, says Gary, is to simply tell Jesus, “Lord, tell me what I can do to get to know You better.” Also, start sharing your daily thoughts and needs with Him.”

Reading Scripture is another important step because it’s “one of the best ways to listen to the Lord. Start by reading the daily Mass readings or the Gospels…Make some quiet time for Him and say, ‘Lord, speak to me and let me know You’re there.’ You’re going to hear Him speak in the silence of your heart. You’ll get thoughts, not necessarily in audible words, but given enough time, He will speak to you.”

Also crucial, love your neighbor. “We can sit in church all day long, but if we get out of church and we’re not treating people nicely or being kind or charitable, we’re going to be in for a rude awakening when we’re judged.”

In a nutshell, Gary, whose website is http://www.followingthetruth.com/, advises people to light a candle rather than curse the darkness. It’s the best way to stop worrying, start living, and nurture your friendship with Jesus.

(To listen to my full interview with Gary Zimak, click on the podcast link):