The Unlikeliest Hero of Hacksaw Ridge 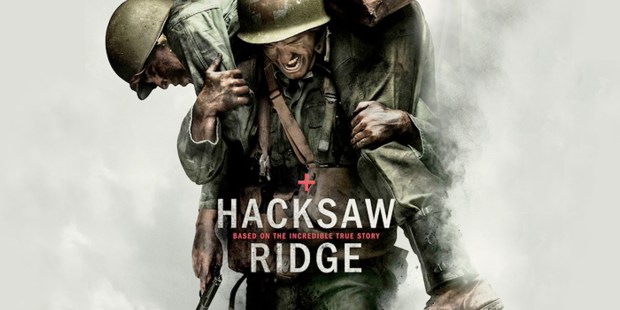 Share
Print
Tony Rossi - published on 11/07/17
On Veterans Day, we will salute all those who’ve served in our Armed Forces, and we hopefully come to appreciate the stories of how and why they served. Thanks to producer Terry Benedict and his Christopher Award-winning film “Hacksaw Ridge,” the world can learn from and be inspired by the courageous and selfless life of Desmond Doss.

During an interview on “Christopher Closeup,” Benedict recalled that he read books voraciously growing up because his parents didn’t have a TV in the house. His favorite story was “The Unlikeliest Hero” about Doss, who so deeply believed in the commandment “Thou shalt not kill” that he refused to pick up a gun after joining the Army during World War II. Doss was, however, willing to serve as a medic who saved lives on the battlefield.

Doss’s convictions earned him intense abuse from his fellow soldiers and superiors, who branded him a coward and unworthy to serve. Yet at the battle of Hacksaw Ridge in Okinawa, Doss saved 75 lives without firing a single shot. Soon after, he earned the Congressional Medal of Honor because of praise from the same soldiers who had once persecuted him.

As a child, Benedict met Doss, and then reconnected with him years later when Benedict was working in Hollywood. The budding filmmaker knew this was a story meant to be shared with the world, so he produced a documentary about Doss called “The Conscientious Objector.” Last year, he went on to co-produce the feature film “Hacksaw Ridge.”

Though Doss passed away in 2006, Benedict’s admiration for him hasn’t wavered. He told me, “Desmond led a simple life growing up, and after the war he led a simple life. He was disabled. He lived on one lung and was deaf because the Army gave him too much of an antibiotic that made him deaf overnight. When you go through a war experience like that, you’re forever changed. But the thing that remained in Desmond that was so amazing was he never became jaded. He had this innate unconditional love for humanity that was a godly kind of thing. I would call him ‘the magnet’ because people would go right to him. It was because of his effusiveness of love.”

Benedict believes that Doss’s life has special meaning in today’s world. He said, “People talk about ‘tolerance,’ and we get so judgmental about it – ‘If you don’t fit into my cookie-cutter mold, then you can’t be offering anything that’s worthwhile.’ What Desmond brought was a different ideology than what the Army was looking for. And the Army thought he was the weakest link. In fact, he became the strongest link. Just because somebody believes differently than we do, we ought not write them off. We ought to consider what they bring to the table and work in a more collaborative mode.”

Doss’s religious beliefs, of course, were the other key part of the story. This was a man willing to suffer insults, indignities, and even violence in order to follow God. His opponents nearly broke him, but he held onto his faith and won a victory.

Benedict concludes, “All of us, on our journey of life, will usually come upon some incredibly challenging time, some tragedy. [Desmond] wanted people to know that if we lived a life that had the faith element as a priority, our faith in God could and would get us through the day. He was always a source of encouragement for me as a result of that.”

(To listen to my full interview with Terry Benedict, click the podcast link below):