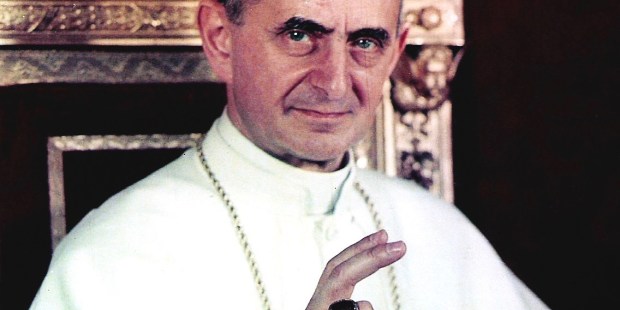 Public Domain
Share
Print
Deacon Greg Kandra - published on 06/18/17
I was an 8-year-old kid living in Rockville, Maryland and enjoying the first days of summer vacation. It was Sunday, which meant my family went to Mass in the un-airconditioned cafeteria of the Earle B. Wood Junior High School, singing and praying amid the drone of whirring fans; our new parish, St. Patrick’s, hadn’t yet built a church.

Lyndon Johnson was president. People were listening to “Groovin'” by the Young Rascals, and “A Whiter Shade of Pale” by Procol Harum. The Monterey Pop festival was wrapping up in California. Newspapers proclaimed “Red China Explodes 1st Hydrogen Bomb.”

But for the Catholic Church, the biggest bombshell was being exploding over in Rome, where Pope Paul VI issued a letter making a dramatic change to one of the sacraments.

On June 18, 1967, he officially renewed the diaconate as a permanent level of Holy Orders.

Following the conclusions of the Second Vatican Council (cf. Lumen gentium, #29), the Holy Father directed the appropriate changes to canon law which would permit the diaconate to be renewed as a “particular and permanent” order, and opened the diaconate to be conferred on married as well as celibate men.  The introductory paragraphs offer significant insights into the vision behind the renewal:

Beginning already in the early days of the Apostles, the Catholic Church has held in great veneration the sacred order of the diaconate, as the Apostle of the Gentiles himself bears witness. He expressly sends his greeting to the deacons together with the bishops and instructs Timothy which virtues and qualities are to be sought in them in order that they may be regarded as worthy of their ministry.

Furthermore, the Second Ecumenical Vatican Council, following this very ancient tradition, made honorable mention of the diaconate in the Constitution which begins with the words “Lumen Gentium,” where, after concerning itself with the bishops and the priests, it praised also the third rank of sacred orders, explaining its dignity and enumerating its functions.

…It is not to be considered as a mere step towards the priesthood, but it is so adorned with its own indelible character and its own special grace so that those who are called to it “can permanently serve the mysteries of Christ and the Church.”

What followed that decree is a history of service and sacrifice that is continuing to have a profound and lasting effect around the world. The diaconal vocation is growing at an exceptional rate and shows no signs of slowing down. The Holy Spirit has been busy.

Deacons this day owe a deep debt of gratitude to Paul VI and the pioneers who made this possible. The Catholic Church has been immeasurably enriched by so many who have given so much to serve the people of God. Where would our parishes be today without the selfless sacrifice of deacons, their wives, their families and the pastors and bishops who support them?

This Sunday, whisper a prayer of thanksgiving for what was, what is, and what will be.