A family that still prays together: Florida deacon’s son becomes a pastor 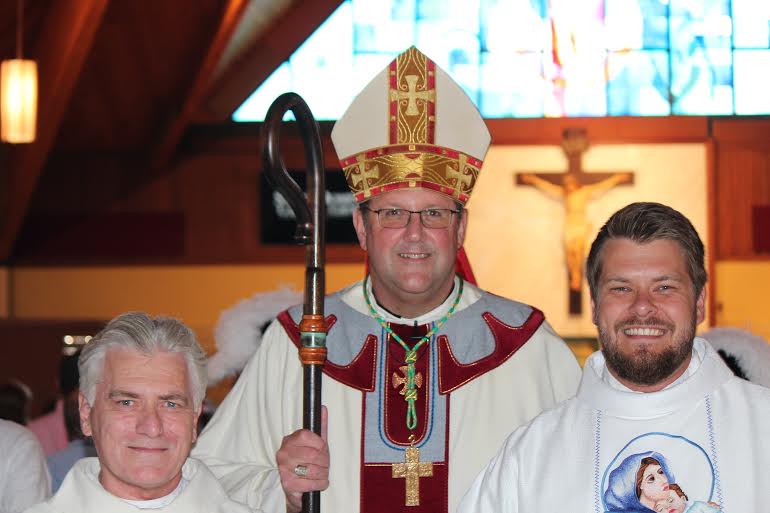 The Nixon family of Blessed Sacrament Parish here already had two Michaels, father and son. Now both of them are deacons and both go by Deacon Michael Nixon. But instead of dwelling on confusion caused by the same names and titles, the Nixons celebrate their unique and phenomenal family distinction with humor – and a lot of prayer. 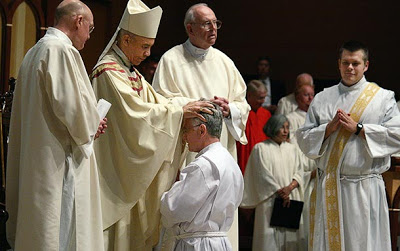 Michael Patrick Nixon, 56, the father, was ordained a permanent deacon June 20 at St. Paul Parish in Pensacola. Bishop John Ricard, SSJ, ordained 17 men, including Nixon, during a special Mass of ordination. They were all ordained as permanent deacons, meaning they will not go on to be ordained to the priesthood. Michael John Nixon, 26, the son, was ordained April 25 by Auxiliary Bishop Felipe Estevez of the Archdiocese of Miami at St. Vincent de Paul Regional Seminary in Boynton Beach, along with two others. They were ordained as transitional deacons for their last year in seminary, meaning they will eventually be ordained as priests, in spring 2010. The entire Nixon family, which includes six children and nine grandchildren, attended the June 20 ordination Mass at St. Paul. Deacon Michael John Nixon got to assist in his father’s ordination. “I had the best seat in the house,” the son said the next day, which happened to be Father’s Day. “It was awesome, a really beautiful experience. It was a real, grace-filled moment – and I was very proud. It was a great day for the Church.” He pointed out that the weekend was special not only because of Father’s Day and the ordination, but also because the feast day of the Sacred Heart of Jesus on June 19 and of the Immaculate Heart of Mary on June 20, ordination day. The family celebrated with a Holy Hour on June 19, and reflected on the significance of each of the days and how they all came together for such an important event in the family’s lives. 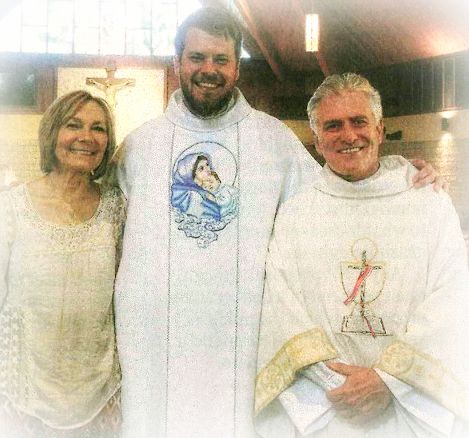 We have been truly blessed in recent years with a fine group of young priests in our diocese and Fr. Michael is certainly one of the best.

Congratulations to both Michael Nixons — and the good people of St. Dominic’s. Ad multos annos!