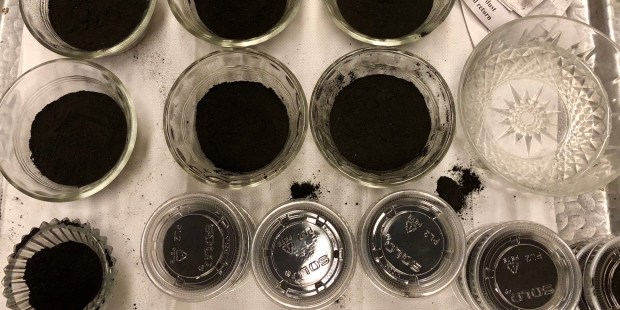 Share
Print
Deacon Greg Kandra - published on 02/14/18
It’s been a busy day. As I write, it’s about 2 p.m. Two Masses and one school service down; another Mass and Liturgy of the Word to go.

I’m glad I didn’t give up coffee for Lent.

The schedule, posted on the door of the church:

We had plenty of ashes—and Clorox wipes to clean up after. Those wet wipes are awesome.

Which was a good thing. My thumb got a work out.

I was privileged to serve alongside Deacon Daniel Garcia, who works in maintenance for my parish (and who had to leave early in the afternoon to serve at his own parish) and Deacon Thomas Jorge, who was ordained last May and who today had his very first Ash Wednesday experience of giving out ashes.

I was Tom’s mentor in formation, and was lucky to be the first forehead he dabbed with ash. He did a nice job.What a pro.

We sang the usual Lenten hymns—and David Close, our music director, also offered a rendition of “O Sacred Head Surrounded” during the distribution of ashes.

Crowds have been predictably huge; we easily had over a thousand people at the 12:05 Mass, with standing room only in the back of the church. I’m expecting a similar crowd at 7:30 tonight. I’ll try to post a picture later.

Now: a nice nap will do.

UPDATE:  A picture of the congregation at the 7:30 Mass Wednesday night. It was almost full.