Benedict: ‘I am on a pilgrimage towards Home’ 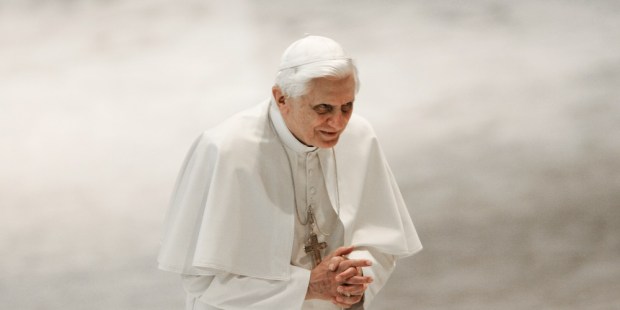 GUILIO NAPOLITANO | SHUTTERSTOCK
Share
Print
Deacon Greg Kandra - published on 02/07/18
Some news from the Pope emeritus, via the Vatican:

Pope emeritus Benedict has sent a short letter to the editor of the Italian news daily Il Corriere della Sera.

The Pope emeritus was responding to the many inquiries from readers as to how he is spending “this last period of his life.” Noting the “slow decline” of his “physical strength,” Benedict says in the letter that “interiorly, I am on a pilgrimage towards Home.” The former Roman Pontiff admits that “this last stretch of the road” is “at times difficult,” but says, “It is a great grace for me to be surrounded by a love and goodness that I could not have imagined.”

Concluding his letter, Benedict said he considers the concern of the readers for his well-being as an “accompaniment” for the journey. In closing, he expresses his gratitude, and assures everyone of his prayers.