Bloomberg at Villanova: ‘Doubt a little of your own infallibility’ 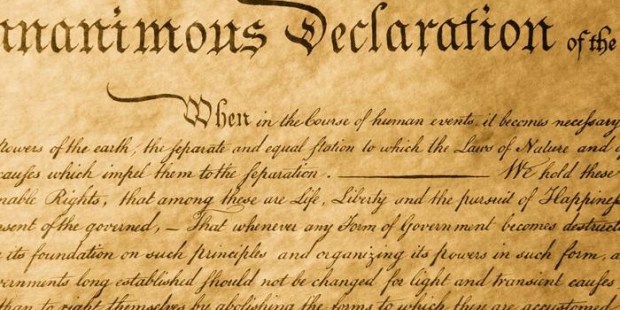 The reason America grew into such a great country is that, in times of crisis, the values that inspired our Declaration of Independence have been our North Star. In every generation, men and women have understood that putting America first means putting American values first. That, I believe, lies at the heart of patriotism.

When someone tells you that patriotism simply means love of country, remember this:

The nativists who burned down St. Augustine’s, the Klan that burned crosses in black communities, and the protesters who tried to block the construction of a mosque all loved America, and all acted in her name.

But they were not acting as true patriots, because they all made a crucial mistake. They feared that the values that gave rise to America — liberty, equality, openness, tolerance — would weaken us, instead of understanding that they make us stronger.

That understanding isn’t something we should expect people to come by naturally. It’s something that must be taught in schools. When I was growing up, I was taught to love this country not because America was infallible, but because We the People were always working toward perfection. The idea that we are engaged in a constant struggle for a “more perfect union” is what makes America an exceptional nation.

It’s imperative that we pass this idea from generation to generation. And yet today, there is a terrible lack of civic education in our schools. Civic education teaches us about the history behind our values, what it means to be a citizen in our democracy, and what obligations that imposes on us.

Thomas Jefferson wrote, “A well informed citizenry is the best defense against tyranny.” Today, it is easier than ever to be well-informed — and, at the same time, harder than ever. By following only liberal or conservative news outlets, or by getting trapped in social media’s echo chamber, we become less able to discern fact from spin, truth from lies. And we become less willing to listen to anyone who challenges our beliefs.

At Independence Hall in 1787, the delegates to the Second Constitutional Convention haggled over everything from the power of states to the status of slaves. Some who did not like the compromises left Philadelphia in protest. Other critics remained, and their opposition threatened to sink the Constitution’s chances for ratification. But before the final vote, the delegates heard a speech by an aging Ben Franklin. Franklin acknowledged his own misgivings about the Constitution, but he urged each opponent to “doubt a little of his own infallibility.”

Doubt a little of your own infallibility. Seven words of advice that would be hard to improve upon in any commencement address. Those seven words are credited with helping to assure adoption and ratification of what has proven to be a true work of genius. As you make your way in the world, and as you get involved in public issues in one form or another, I hope you will always carry those words with you.