BREAKING: Solanus Casey to be beatified 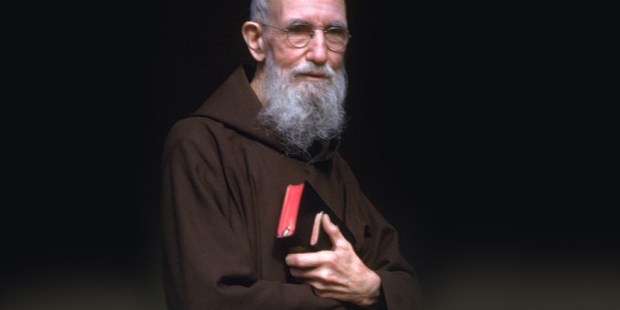 Born Bernard Francis Casey, on 25 November 1870, in Oak Grove, Wisconsin, “Barney” (as he was known) was the sixth of sixteen children to Irish immigrant parents. When he was a boy he contracted diphtheria, which left him with a permanently raspy voice; two of his siblings died of the illness.

After working as a lumberjack, a hospital orderly and a prison guard (where me befriended two of Jesse James’ cohorts), he felt a call to the priesthood and was admitted to the Capuchin Order in Detroit in 1897. Upon his reception of the Capuchin habit, he was given the religious name “Solanus” after St. Francis Solanus, who like him shared a love of the violin.

Due to academic struggles in seminary, his superiors agreed he should be ordained a simplex priest, meaning he could offer the Sacrifice of the Mass but would not have the faculties to preach publicly or hear confessions. They assigned him to the post of Porter, or doorkeeper, one of the lowest tasks in the community. However, Fr. Solanus believed it was a great blessing and took his responsibilities as a porter very seriously, listening to everyone who came to the monastery.

Of the specific miracle:

According to the Michigan Catholic, the miracle approved by Pope Francis Casey “involved a woman with an incurable genetic skin disease.”

According to the report: “The woman was visiting friends in Detroit and stopped at Fr. Solanus’ tomb to pray for others’ intentions. After her prayers, she felt the strong urging to ask for the friar’s intercession for herself, too, and received an instant and visible healing.

Read the whole fascinating story of Solanus Casey here, where Aleteia’s Diane Montagna also notes that “during the audience, the pope also declared ‘Venerable’ Francis-Xavier Nguyên Van Thuân (1928-2002), a former Vatican cardinal and martyr who was in solitary confinement for nine years in Saigon, Vietnam.”

As with Casey, this is great news. The Cardinal is a great hero of the Eucharist:

Without ever being tried, or even sentenced, he was shipped off to a prison in North Vietnam. He stayed there for thirteen years, nine of them in solitary confinement. During his imprisonment, he couldn’t celebrate Mass or receive the Eucharist.

What he managed to do, though, was phenomenal—and reminds us, powerfully, just how vital the Eucharist is.

The archbishop was allowed one luxury: to write letters to friends outside prison. When he did, he often asked them to send him what he called “his medicine.” They knew what he meant. They sent him cough medicine bottles filled with wine and small bits of bread. Sympathetic guards smuggled him some wood and wire, and from that he made a small cross, which he hid in a bar of soap.

He kept all this in a cardboard box. That box became his own private altar. Every day, at 3:00 p.m., the hour of Christ’s death, he would place drops of wine in the palm of his hand, mingled with water, to celebrate Mass.

The greatest ongoing miracle in history was able to take place. That cramped prison cell became as beautiful and as blessed as any cathedral, a sanctuary for the glory of God.

He did this for thirteen years.