Hot on the heels of this piece from a retired auxiliary bishop of Rockville Centre, another priest from that diocese has also announced his support for women deacons.  He is Msgr. John Alesandro, who among other things has served that diocese as Vicar General, Chancellor and, for a time, Diocesan Administrator. 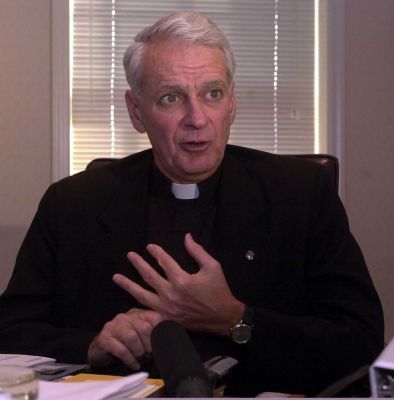 It is a true that current canon law forbids it, but that is irrelevant as to a future decision by the Holy Father. To conclude that there is no possibility is quite a leap. The question of whether women can be validly ordained as deacons is a doctrinal one, not canonical. The real question is whether the prohibition of such an ordination is, when applied to diaconate, repeating an unchangeable doctrinal teaching or, alternatively, expressing a legal prohibition that can be altered — something that has happened in many areas of law in the past. In fact, recent amendments to the canons by Pope Benedict XVI suggest that this is a legal prohibition and that a change in this matter is quite possible. Bishop Emil Wcela, a retired auxiliary bishop from the Diocese of Rockville Centre, addresses this question in the article when he notes that, three years ago, a significant paragraph was added to distinguish the diaconate from the episcopate or priesthood. The key role of bishops and priests as iconic representations of “Christ the Head,” which is one of the principal arguments for a male priesthood, was explicitly removed from the description of deacons. Even as early as 2002, the International Theological Commission anticipated the change in canon law by emphasizing “the clear distinction between the ministries of the Bishops and Priests on the one hand and the Diaconal ministry on the other.” Sometimes, claiming that something is permanently prohibited is less than helpful, because not enough has been said.

Newsday has an additional interview with Msgr. Alesandro, which unfortunately is inaccessible to most readers, since it is protected by the newspaper’s subscription wall.