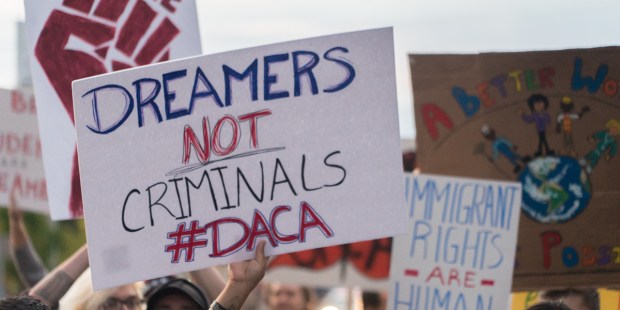 The Pilsen-based priest has committed to a hunger strike in support of local “Dreamers” whose lives hang in the balance as Congress wrangles over immigration reform.

“Ni hambre tengo,” he said in Spanish on Tuesday afternoon. “I’m not even hungry.”

Graf plans to fast until lawmakers reach a deal to replace Deferred Action for Childhood Arrivals, an Obama-era program that shields young immigrants who came to the country illegally as children. The Trump administration moved to end the program in September, but a federal judge in California ordered the White House to keep it in place while a lawsuit goes forward.

Health permitting, Graf said he will live off water and protein powder until at least March 5, a deadline set by President Donald Trump to end the program. He does plan to continue taking communion during the fast.

Graf, a former pastor at Most Blessed Trinity Parish in Waukegan and North Chicago, announced the hunger strike during a Sunday mass at St. Procopius Catholic Church earlier this month. It was a somewhat impulsive decision, he acknowledged, but one he doesn’t take lightly.

“Yes, it’s dramatic,” he said. “It’s a way in which we pray for our political leaders and invite them to do their jobs.”

Bishops and priests from across the Archdiocese of Chicago, including Cardinal Blase Cupich, are lending support.

And you can watch a video of Father Graf below: