Chiesa: Next Big Issue for Francis Could be Married Priests 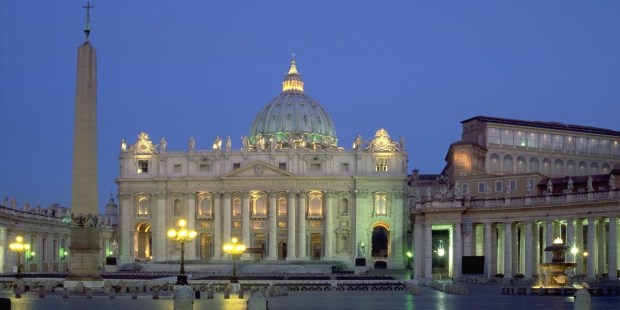 While waiting for Pope Francis to rule on communion for the divorced and remarried, which two synods discussed and split over, there is already a glimpse of the theme of the next synodal session: married priests.

That married priests will be the next topic of synodal discussion can be gathered from various indications.

The first indication is the evident intention of Pope Francis to implement the agenda dictated in 1999 by Cardinal Carlo Maria Martini, in a memorable statement at the synod of that year.

The archbishop of Milan at the time, a Jesuit and the undisputed leader of the “liberal” wing of the hierarchy, said that he “had a dream”: that of a Church capable of getting into a permanent synodal state, with a “collegial and authoritative exchange among all the bishops on some key issues.”

And here are the “key issues” that he listed:

“The shortage of ordained ministers, the role of woman in society and in the Church, the discipline of marriage, the Catholic vision of sexuality, penitential practice, relations with the sister Churches of Orthodoxy and more in general the need to revive ecumenical hopes, the relationship between democracy and values and between civil laws and the moral law.”

Of Martini’s agenda, the two synods convened so far by Pope Francis have indeed discussed “the discipline of marriage” and in part “the Catholic vision of sexuality.”

There is nothing to prevent, therefore, the “key issue” of the next synod from being that which Martini put at the head of them all: “the shortage of ordained ministers.”

The shortage of priests – who in the Latin Catholic Church are by rule celibate – is felt especially keenly in some regions of the world. Above all in Latin America.

One year ago Bishop Erwin Kräutler, Austrian by birth and the head of the Xingu prelature in Brazil, with only 25 priests in a territory larger than Italy and therefore with the possibility of celebrating the Mass and the sacraments only two or three times a year in the most far-flung localities, has made himself the messenger to Pope Francis of the request from many of his brother bishops to make up for the shortage of celibate priests by also conferring sacred ordination on “viri probati,” meaning men of proven virtue, and married.

The request was not new. And the Brazilian bishops – but not only them – have made it repeatedly. Cardinal Cláudio Hummes, 81, archbishop emeritus of São Paulo and a leading elector of Jorge Mario Bergoglio, even proposed it when he was prefect of the Vatican congregation for the clergy, from 2006 to 2010.