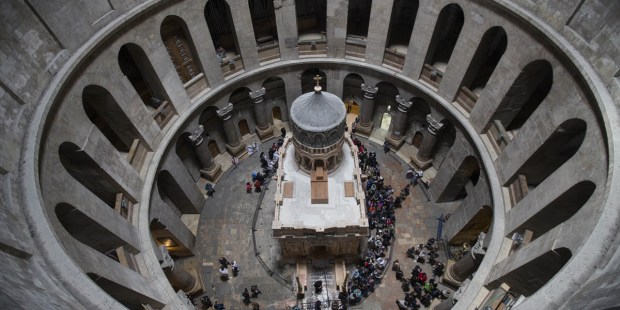 The site had been closed since Sunday.

“We, the heads of Churches in charge of the Holy Sepulchre and the status quo governing the various Christian holy sites in Jerusalem – the Greek Orthodox Patriarchate, the Custodian of the Holy Land and the Armenian Patriarchate – give thanks to God for the statement released earlier today by Prime Minister Netanyahu and offer our gratitude to all those who have worked tirelessly to uphold the Christian presence in Jerusalem and to defend the status quo,” the leaders of the three denominations in charge of the site said in a statement.

“After the constructive intervention of the prime minister, the Churches look forward to engage with Minister [Tzachi] Hanegbi, and with all those who love Jerusalem to ensure that our holy city, where our Christian presence continues to face challenges, remains a place where the three monotheistic faiths may live and thrive together,” it added.