Cuba builds its first Catholic church in 60 years, thanks to a parish in Florida 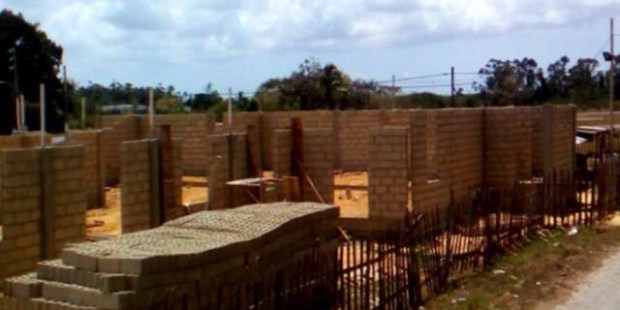 Faith now counts among the ties that bind Tampa and Cuba thanks to the completion soon of the first new Roman Catholic Church in the island nation since its government embraced the atheist tenets of Marxism nearly 60 years ago.

The new church in the city of Sandino at the western tip of Cuba is being funded entirely with $95,000 in donations collected by St. Lawrence Catholic Church of Tampa.

“We are very happy,” said Father Ramon Hernandez of St. Lawrence, 5225 N Himes Ave., who led the effort. “We look forward to the inaugural mass.”

Father Cirilo Castro, pastor of the new church, visited Tampa earlier this month with an update on the progress of construction. Only the roof remained to install, Hernandez said, and the work was expected to wrap up by the end of June.

Pews, an altar and other features will be added during the next few months with the first Mass scheduled for January or February.

The one-story, 800-square-foot building will have a capacity of 200 and is the first ever church erected in Sandino, a town of about 40,000 in coastal Pinar del Río province, where fishing, coffee and citrus are main industries.

It will be called the Parish of Divine Mercy of Sandino.