Dolan: I Give Starbucks and McDonald’s Gift Cards to Homeless 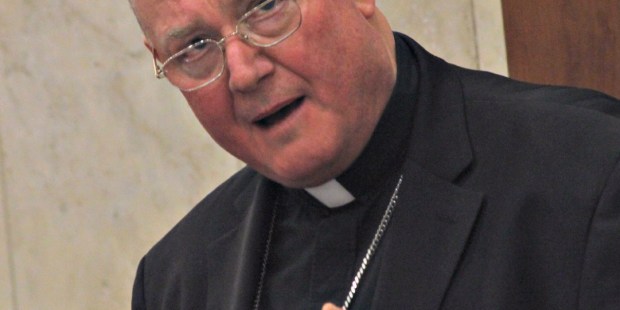 Share
Print
Deacon Greg Kandra | Nov 11, 2015
The cardinal archbishop of New York talked about this on his radio show:

The leader of the Archdiocese of New York doesn’t shun homeless panhandlers — he gives them $5 gift cards from McDonald’s and Starbucks and sometimes buys them sandwiches.

“Let me ask you this, is this wise or not?” Dolan began. “I know somebody who carries gift certificates, like $5 for McDonalds or $5 for Starbucks, and will give them that. Is that a better way than giving them money?”

“I’m glad you agree, that’s what I do,” Dolan said with a laugh. “Sometimes I will say, ‘What do you need?’ ‘Oh, I need something to eat.’ I will say, ‘Here, let’s go in here and I’ll buy you a sandwich and a cup of coffee.’ Sometimes they don’t like to do that, though.”

…Sullivan said even if someone doesn’t want to give a panhandler cash “at least treat them like a human being.”

“Don’t treat them with disdain,” he said. “Treat the person with respect even if you don’t give them what they want.”