Fake news: No, the Vatican is not creating an ‘ecumenical Mass’ 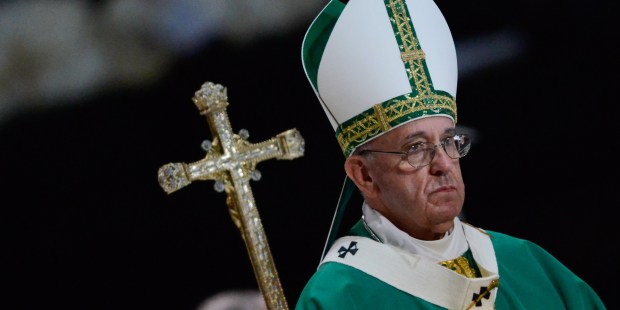 The Vatican has denied rumours that a secret commission is creating an ‘ecumenical Mass’ that would allow joint Communion between Catholics and Protestants.

Greg Burke, director of the Holy See press office, and Archbishop Arthur Roche, the second highest-ranking official in the Congregation for Divine Worship, both strongly denied the reports after days of speculation.

Archbishop Roche told journalist Christopher Lamb that the rumors were “utterly false”, while Mr Burke said they were “simply not true”.

The denials came after a report by Marco Tosatti in First Things quoted anonymous sources who said a commission was looking at creating an “ecumenical Mass”. Tosatti added that Cardinal Sarah, the prefect of the Congregation for Divine Worship, had not been informed of the plans.