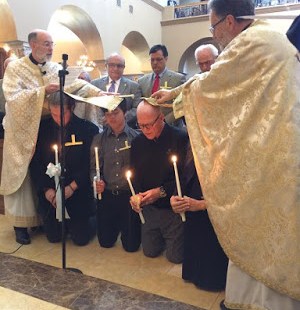 Share
Print
Deacon Greg Kandra | Apr 10, 2017
According to this blog post, he was received into the Orthodox church through chrismation in Charlotte, North Carolina, along with his wife and two of his 12 children.

Perhaps understandably, not everyone is greeting this news with great joy.

This web site, for example, accuses him of “leaving the Christian faith,” and notes:

The Orthodox Church is a false expression of Christianity, much like the Roman Catholic Church, that is highly driven by graven images and denies the biblical doctrine of salvation by grace alone through faith alone, and instead, trusts in meritorious works and a sacramental system for salvation.

[He] is an American author, radio talk-show host and advocate of evangelical Christianity. He is an outspoken figure within the Christian countercult movement where he has established a reputation for his criticisms of non-Christian religions, new religious movements or cults and heresies within conservative Christianity. He is also a preterist apologist on doctrinal and cultural issues.

I wish him and his family well as he journeys forward. Who knows? One day he could find himself roamin’ over to the Roman Church…