Pope reveals that he meets regularly with sex abuse victims 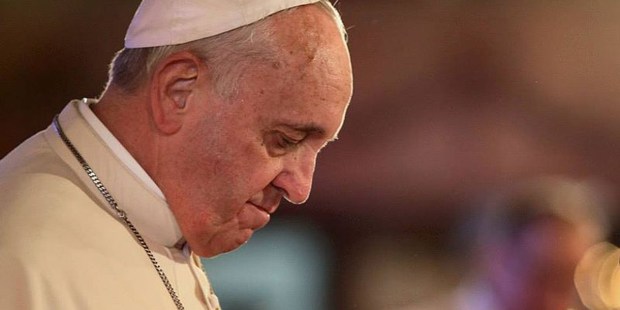 Pope Francis revealed in a meeting with confreres of his Jesuit order last month that he meets with survivors of sexual abuse on a nearly weekly basis, according to a newly released transcript of the encounter.

In a Jan. 19 question and answer session during his visit to Peru, the text of which was published for the first time Feb. 15 by Italian Jesuit magazine La Civiltà Cattolica, the pope said the Catholic Church must hear from those who have been abused by clergy.

“We need to listen to what someone who has been abused feels,” Francis told the Jesuits, according to the transcript, and continued: “On Fridays — sometimes this is known and sometimes it is not known — I normally meet some of them.”

“The process they go through is very tough,” said the pope. “They are left annihilated. Annihilated!”

Vatican spokesman Greg Burke said in a statement following the release of the transcript that Francis meets with abuse victims “several times a month” in order to listen to them “and to try to help them heal the grave wounds caused by abuse.” Burke said the meetings are held “under the strictest privacy,” out of respect for the victims’ suffering.

Boston Cardinal Seán O’Malley, the head of the Pontifical Commission for the Protection of Minors, said in an email to NCR that Francis “has emphasized being close to the people, especially to the poor and those who have suffered different forms of violence.”

“My understanding is that he makes a special point of meeting with victims of sexual abuse as minors,” said O’Malley. “Respecting their right to privacy, these meetings are not published. Some have become known … but most remain anonymous.”