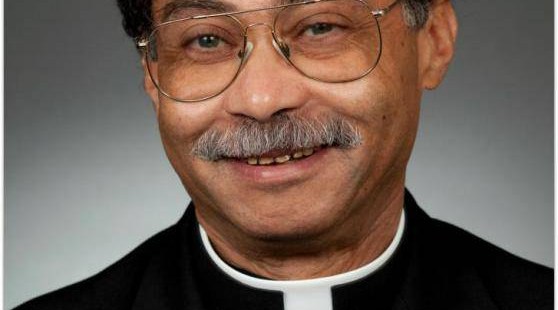 Share
Print
Deacon Greg Kandra | Mar 08, 2017
This is unusual for a number of reasons: he’s a late vocation—very late—and he’s only been ordained for 10 years. On top of that, he began his vocational journey by studying to become a permanent deacon—but then discerned that God had something else in mind.

Pope Francis has named Father Roy Edward Campbell Jr., pastor of St. Joseph Parish in Largo, Maryland, as an auxiliary bishop for the Archdiocese of Washington. The appointment was announced in Washington on March 8 by Archbishop Christophe Pierre, the apostolic nuncio to the United States.

“I am surprised. I never thought about something like this,” Bishop-elect Campbell said. “I was elated when the Lord chose me to be a priest of His son, Jesus Christ. That was more than enough for me. But, I think that whatever the Lord is calling me to do, that is what I want to do.”

His episcopal ordination will be Friday, April 21, at the Cathedral of St. Matthew the Apostle in Washington.

A native of Southern Maryland, Bishop-elect Campbell, 69, was ordained a priest of the Archdiocese of Washington in 2007. Prior to becoming a priest, he was a banking official for more than 30 years.

Cardinal Donald Wuerl, in a statement released after the appointment was announced, said the bishop-elect “brings to his new ministry recognized talent and demonstrated ability. He also bears witness to the great cultural and ethnic richness of the Church of Washington reflected in all of the faithful, lay, religious and clergy.”

“All of us in the Archdiocese are deeply grateful that our Holy Father, Pope Francis, has named Father Roy Campbell to be an auxiliary bishop in our Church of Washington,” Cardinal Wuerl said in his statement, noting that the new bishop was born, grew up, worked and served in this archdiocese.

“Personally I look forward to continuing to work closely with our new auxiliary bishop, who over the years has made significant contributions to the pastoral life of this archdiocese,” the cardinal said.

And there’s this notable detail:

Bishop-elect Campbell said he thought often about a priestly vocation and eventually began studies to become a permanent deacon.

After several years, Bishop-elect Campbell discerned that his real call was to the priesthood.