From the Church of England: ‘On a bad week, the job of parish priest is like triage…’ 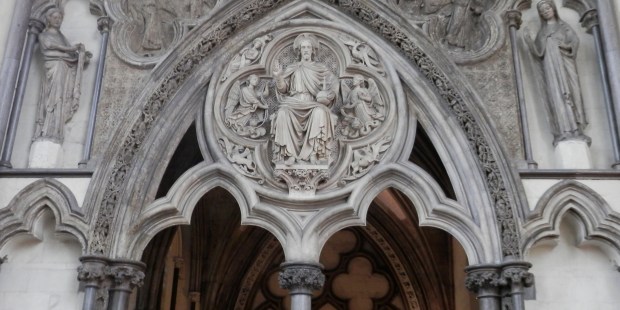 Fczarnowski/Wikipedia | CC BY-SA 3.0
Share
Print
Deacon Greg Kandra - published on 02/01/18
That’s the sentiment of a priest from the Church of England—and now that church is looking at ways to help clergy deal with stress:

On a bad week, the job of a parish priest is “like triage”, said Alan Bartlett. “What do I do first? What’s most urgent?”

Bartlett has just come to the end of a nine-year stint as vicar of three parishes in one of the most deprived areas of the country in north-east England. On a daily basis, he dealt with people on the frontline of austerity and social exclusion.

“The sense of responsibility – for the whole community, not just those coming to church – is enormous. There’s always the sense of being slightly on the edge,” he said.

Stress experienced by many clergy is the subject of a new Church of England working party, which is due to hold its first full meeting this week. Its task is to draw up a “covenant for clergy wellbeing” focusing on the “drastically” changing role of parish priests and the challenges they face…

…In three consecutive months last year, Bartlett conducted funerals for three young women who had died as a result of addictions. “For a while, that takes over your life. It’s hard to keep focused on your routine responsibilities, like school governors, because of urgent needs.”

Simon Butler, the chair of the C of E clergy wellbeing group and vicar of St Mary’s Battersea, said both the church as an institution and its congregations had a duty of care towards clergy.

“Our lives and ministries are vastly different, but all present particular challenges. A vicar in a very deprived area will face different issues from one in a rural population who spends half their day in a car because they have 15 parishes to look after. For me, in an urban parish, it’s the challenge of a constantly changing, transient population,” he said.

I suspect many Catholic clergy can relate.