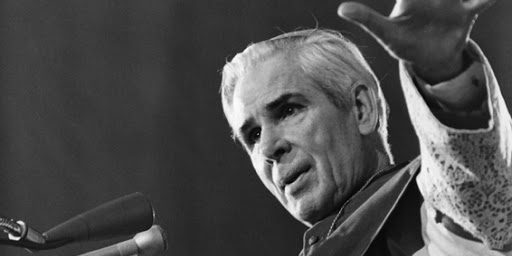 A long battle over where the body of Archbishop Fulton J. Sheen should be permanently laid to rest took another turn on Tuesday, when a New York appeals court ruled that his remains should stay in New York, for now.

The ruling overturned a lower court decision that would have immediately sent the archbishop’s body to Peoria, Ill., the diocese that is leading a push to have him declared a saint.

Archbishop Sheen, who died in 1979, was best known as the charismatic host of “Life is Worth Living,” an Emmy-winning television broadcast in the 1950s. Since his death, however, he has earned a more macabre claim to fame, with his remains at the center of a disagreement between two Roman Catholic dioceses, each of whom want the honor of interring them.

…The New York State Appeals Court order on Tuesday did not actually settle the matter of final interment. Instead, the appeals court sent the case back to the lower court for an evidentiary hearing. The ruling found that the lower court had not taken seriously enough a sworn statement from a priest colleague, Msgr. Hilary C. Franco, who stated that the archbishop told him that he wanted to be buried in New York, and that Cardinal Cooke had offered him a space in the St. Patrick’s crypt.