Honoring the ‘oldest active Catholic deacon on the West Coast’ 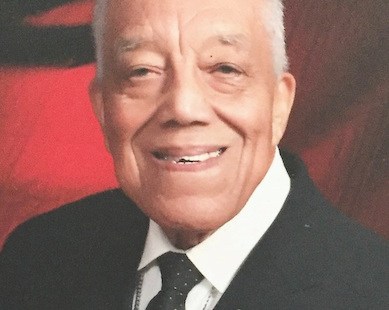 At the young age of 95, Emile Adams, Jr., continues to share his time and talents with his family, church and community. His motto is, “When someone asks me to do something, then there must be a need.”

Supplying the needs of others is a lifelong trait of Adams, who was honored recently as the oldest active deacon on the west coast in the Roman Catholic Church. L.A. Mayor Eric Garcetti and the L.A. County Board of Supervisors issued certificates of appreciation saluting Adams’ diaconate career.

Described by friends as “a man of great faith, surprising humor and enormous energy,” Adams is a member of St. Bernadette’s Catholic Church in Baldwin Hills where he serves at the weekly and daily Masses, leads the Stations of the Cross and the Morning Office and co-chairs the Bereavement Ministry.

Since his ordination as a deacon in 1979, Adams has performed several marriages and baptisms, volunteered for 28 years with the Archdiocesan Marriage Tribunal and worked with the church’s finger printing program. In 1991, he accompanied then-Archbishop Roger Mahoney to Rome to witness Mahony’s elevation to Cardinal by Pope John Paul II.

Adams has a long history of active church involvement. A native of New Orleans, he grew up participating in organizations such as the Catholic Youth Organization (CYO), the Junior Holy Name Society and the Junior Knights of Peter Claver.

As an altar boy as well, Adams recalled, “I liked to serve at funerals because I got out of class for the whole day.”

During his senior year in high school, Adams enlisted in the Navy and following his discharge in California at the end of World War II, he relocated his family to Los Angeles and later graduated from Dorsey High School.

In 1943, Adams married Anona LeBoeuf, a union that lasted 58 years and resulted in five children, 16 grandchildren, 19 great-grandchildren and one great-great child.