How often should deacons preach? 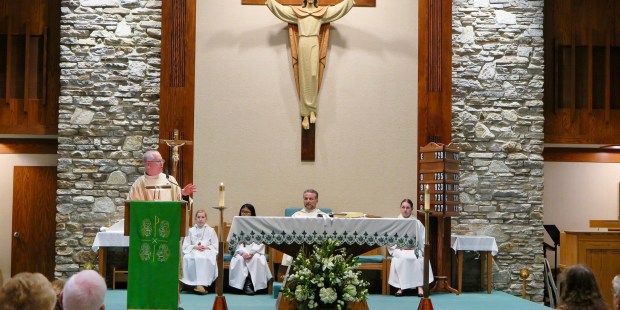 Share
Print
Deacon Greg Kandra - published on 05/17/17
This question popped up via CNS, and was answered by the Rev. Kenneth Doyle:

Q. My question has to do with the role of a deacon. Our own parish deacon had been preaching at our weekend Masses once a month, but lately that has crept up to twice a month. Recently he preached the homily at Masses on Easter Sunday and also on the following Sunday, which happened to be first Communion in our parish.

Our priest-pastor is young and, as far as I know, healthy. Is it normal for a deacon to play such a large role so frequently, especially on such important occasions? (City of origin withheld)

A. There is no exact guideline as to the frequency of a deacon’s preaching. That having been said, I think that your concern stands on good ground. Deacons are authorized to preach by the church’s Code of Canon Law; Canon 764 says that “presbyters (priests) and deacons possess the faculty of preaching everywhere.”

And while that canon expresses no preference or priority, the General Instruction of the Roman Missal (which is the official liturgical “rule book” of the church) clearly does. Section 66 states that “the homily should ordinarily be given by the priest celebrant himself or be entrusted by him to a concelebrating priest, or from time to time and, if appropriate, to the deacon.”

To your question, for a deacon to preach regularly two Sundays a month, in my mind, runs counter to this provision. (I also think, although there’s no rule on this, that parishioners expect to hear from – and deserve to hear from – their pastor for such major celebrations as Easter and first Communion.)

I think the most reliable answer here is: it depends.

I know of deacons who preach once or twice a month. Some parishes have “deacon weekends,” when a deacon preaches all the Masses one weekend a month. (For the first several years of my diaconate, because of the failing health of our pastor, I preached every weekend for him. But that situation is a little out of the ordinary.)

Canon law indicates some flexibility, and there are no hard and fast rules. Frankly, I think a lot depends on the ability and skills of the people involved. Some deacons are terrible preachers. So are some priests. There are some parishes where more frequent preaching by the deacon might be desirable, even preferable—and the same could be said of the priest or pastor.

Nonetheless, I tell guys when I teach homiletics: be prepared. You never know when you might find yourself called on to preach. I’ve had priests ask me in the sacristy, while we’re vesting, to preach for them.  Sometimes they’re tired; sometimes, they aren’t feeling well. Often, they’ve already celebrated two Masses and just want a breather.