‘If Protestants had saints, Mister Rogers might already have been canonized…’ 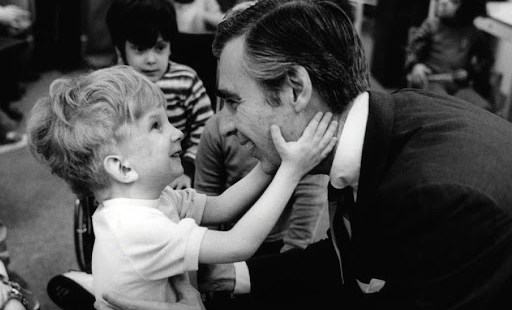 PBS
Share
Print
Deacon Greg Kandra - published on 01/31/18
A great read about a great American icon, from The Washington Post:

Americans seem to love sharing myths about Fred Rogers, the friendly neighbor known the world over as Mister Rogers. Consider the one about how he wore cardigans to cover up his tattoos (false). Or the one about how he was an ordained Presbyterian minister. That one is true — he graduated from Pittsburgh Theological Seminary in 1963 — and it’s far more foundational to Rogers’s legacy than you might think. Rogers was a man defined by his Christian faith, and the message that he taught every day on his beloved children’s show was shaped by it. “If Protestants had saints,” Jonathan Merritt wrote at the Atlantic, “Mister Rogers might already have been canonized.”

The news that Tom Hanks will be portraying Fred Rogers in a coming biopic was met with frenzied glee, as Hanks is one of the few contemporary celebrities who approaches Rogers’s universally beloved status. But even Hanks, for all his charms, doesn’t occupy the same stratosphere of Rogers’s legacy of moral and spiritual importance.

He was a pastor on television in the golden era of televangelism, but unlike televangelists, Rogers’s focus wasn’t on eternal life, but our own interior lives. Christian evangelists were making a name for themselves preaching about the wickedness of mankind, but Rogers was more interested in his viewers’ inherent value and worth. Evangelists were finding ways the human race didn’t measure up to God’s moral standard. But Rogers said over and over again: “You’ve made this day a special day by just your being you. There is no person in the whole world like you, and I like you just the way you are.”

If this sounds like the sort of easy, shallow talking point espoused by the likes of Joel Olsteen, consider these words: “Love isn’t a perfect state of caring,” he wrote in “The World According to Mister Rogers.” “It’s an active noun like ‘struggle.’ To love someone is to strive to accept that person exactly the way he or she is, right here and now.” Rogers wasn’t telling children that they were so perfect that there was no room for them ever to improve as people; just that he loved them as they were, regardless of who they were or what they had done.

“I think everybody longs to be loved, and longs to know that he or she is lovable,” he said in the 2003 documentary “America’s Favorite Neighbor.” “And, consequently, the greatest thing that we can do is to help somebody know that they’re loved and capable of loving.”