Jim Caviezel: ‘There are no coincidences for God’ 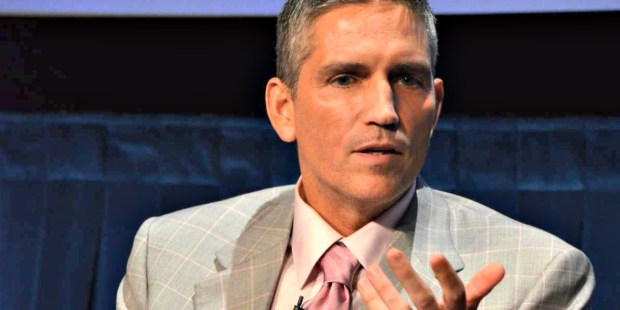 Share
Print
Deacon Greg Kandra - published on 05/01/17
The actor has given a new interview to a Polish journalist, in which he discusses among other things his most famous role and the pope who inspired him.

You met John Paul II during an audience after playing Jesus in “The Passion of the Christ.” After watching the film he said “It is as it was.” How did you receive the praise coming from the Pope?

The Pope always called young people to break away from contaminated and demoralized civilization. “Be saints,” he said. Impossible? No, it is possible. I often hear the voice of Christ in my heart: “Jim, you will manage today.” It is a message saying that everyone in the world is equally important. It is also an appeal for a Christian life. A life in which one demonstrates to everyone they come across that Jesus is their Lord. I remember the Pope saying to Americans: “You can all be saints!” It makes me sad that so many people in my country do not seek sainthood. They substitute it with drugs and hedonism. It is simply filling the emotional void.

What did you tell the Pope during your audience at the Vatican?

I told him how much his letter to artists influenced me. It was aimed at those who look for beauty and give it to the world in the form of art. I try my best to carry out his instructions.

John Paul II was an actor, just like you. Therefore, he knew the power of art better than any of his predecessors.

Exactly. This is where his power came from. He understood people, and it helped him to win over the hearts of millions. He is simply a saint.

You were 33 years old, your initials were J.C. and you played Jesus.