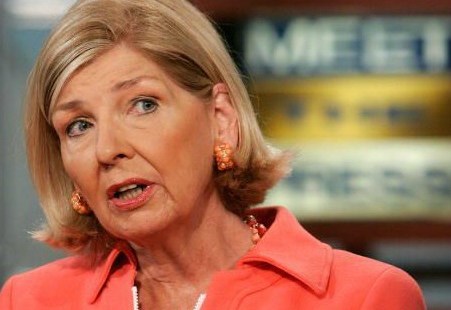 Kate O’Beirne wasn’t just a conservative, she was conservative with a pronounced New York accent, something even more rare. And she could make an argument better, faster and with more wit than almost anyone else in Washington.

Every Saturday on “Capital Gang,” Kate would take on the likes of Robert Novak, Al Hunt, Mark Shields and Margaret Carlson. Sometimes she would take them all on at once. Their debates were often verbal knife fights that were as heated as they were illuminating.

Kate was a quiet apostle for the Catholic faith, taking great satisfaction in the people she had brought, or brought back, to it, and cooking for priests who would “eat me out of house and home.” Reverence was never a chore for her. Leaving last year’s National Catholic Prayer Breakfast — one of her final public outings — she saw a favorite priest tipping a bellman, she thought, inadequately. She gently corrected him: “Father, you took a vow of poverty, not him.”

Eternal rest grant unto her, O Lord, and let perpetual light shine upon her…