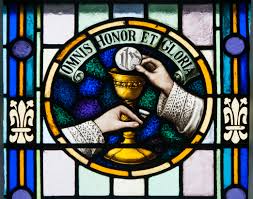 Share
Print
Deacon Greg Kandra - published on 12/04/15
What should you do if someone in the Communion line chooses to kneel to receive?

The short answer: give them Communion. And leave it at that.

There’s been some discussion about this today on social media; a communicant tells of kneeling to receive recently, and being lectured by the priest after Mass that “we stand at this church…the bishops want us to stand.”

Anyone distributing Communion needs to be aware of this, from the 2012 GIRM:

The norm established for the Dioceses of the United States of America is that Holy Communion is to be received standing, unless an individual member of the faithful wishes to receive Communion while kneeling (Congregation for Divine Worship and the Discipline of the Sacraments, Instruction, Redemptionis Sacramentum, March 25, 2004, no. 91).

When receiving Holy Communion, the communicant bows his or her head before the Sacrament as a gesture of reverence and receives the Body of the Lord from the minister. The consecrated host may be received either on the tongue or in the hand, at the discretion of each communicant. When Holy Communion is received under both kinds, the sign of reverence is also made before receiving the Precious Blood.

An earlier edition of the GIRM (h/t Steven Greydanus!) instructed the minister involved to catechize someone after Mass on the proper way to receive; that instruction was removed in the 2012 edition.

Priests, deacons and EMHCs: this should not be an issue.