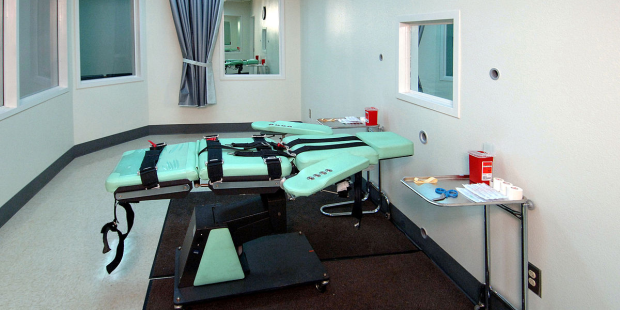 CACorrections - PD
Share
Print
Deacon Greg Kandra - published on 04/22/17
From CNN, a notable detail from the execution on Thursday:

Arkansas executed convicted murderer Ledell Lee, the first inmate to be put to death in the state in more than a decade.

…Just before Lee was put to death, officials at the Cummins Unit prison in Grady, Arkansas, asked him twice for his final words, but he did not respond. His last meal was Holy Communion.

At 11:44 p.m., Lee was given the lethal injection. His eyes closed three minutes later. He did not appear to show signs of discomfort, according to Sean Murphy, a reporter with the Associated Press who attended the execution as one of three media witnesses.

“A member of the execution team began a consciousness check at 11:49 p.m. by flicking (Lee’s) head, rubbing his eyes and tapping his sternum. Then at 11:55 p.m. his heart was checked with a stethoscope,” Murphy said.

At the press conference announcing his death, a spokesman would only say that Lee was Christian. His denomination was unknown.