Lumen Christi: the conversion story of the skater who lit the Olympic torch in South Korea 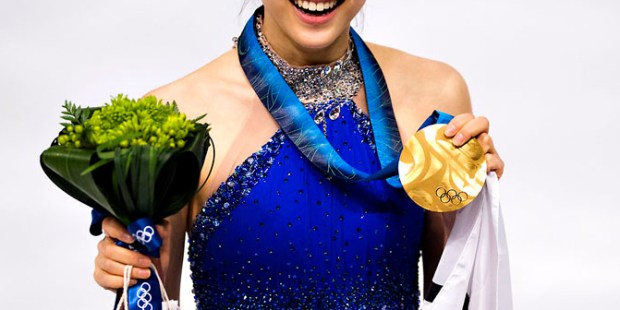 Catholic Olympic gold-medalist Yuna Kim lit the torch at the Opening Ceremony for the 2018 Olympic Games in Pyeongchang, South Korea on Feb. 9.

The Korean skating sensation has long expressed a desire to use her public role to share the light of Christ by witnessing to her Catholic faith in international competitions and performances.

Kim was honored as the final torch bearer to light the Olympic cauldron for this year’s games, after two athletes from the inter-Korean women’s hockey team, one skater from North Korea and another from the South, passed the flame along.

After making the sign of the cross as she stepped onto the ice to win gold in the 2010 Vancouver Games with a record-breaking score, Kim teamed up with Korean bishops for a national rosary campaign. Kim was seen wearing a rosary ring, which her fans had previously mistaken for an engagement ring, during her silver-medal performance at the 2014 Sochi Games.

The Olympian converted to the Catholic faith alongside her mother in 2008 after they came in contact with local nuns and Catholic organizations through her personal physician – also a Catholic – who was treating her for knee injuries.

At her baptism, Kim took the name “Stella” after Mary, Star of the Sea, and told a diocesan paper that during the baptismal rite she “felt an enormous consolation in my heart” and promised God to continue to “pray always,” especially before competitions.