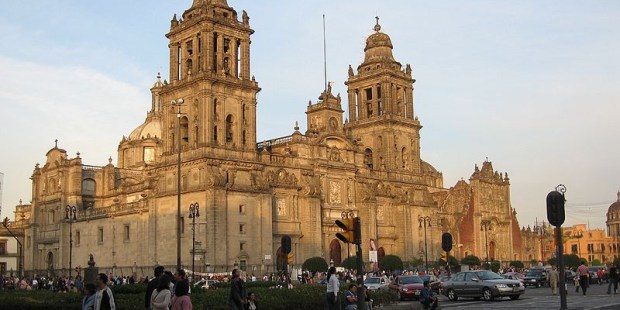 A Mexican priest is hospital after being stabbed during Mass in Mexico City’s cathedral.

Father Miguel Angel Machorro is said to be in “delicate but stable” condition after Monday evening’s attack, according to government and ecclesiastical sources.

A suspect, who was reportedly detained on site as he tried to flee, told law enforcement officials he was a North American artist.

His identity has not been confirmed.

The assault left the priest lying on the ground, with blood soaking his clothes.

He was stabbed in the neck, and some witnesses said it seemed to be an attempt to cut his throat, said La Jornada newspaper.

The priest was rushed to hospital for treatment of neck wounds, police said. They declined to give the identity of the assailant, who was turned over to prosecuting authorities.

Mexico City prosecutors then said the man identified himself as a US national, called himself an artist and refused to give any motive for the attack.