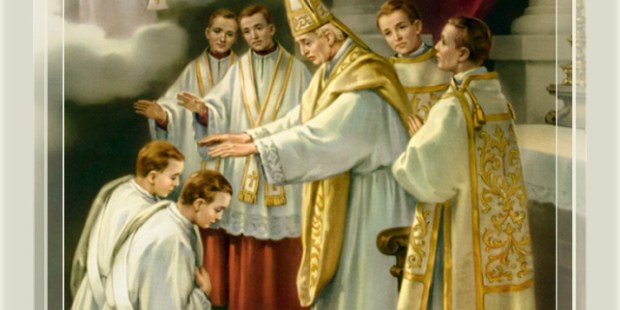 Share
Print
Deacon Greg Kandra - published on 11/25/15
From The Catholic Sun in Phoenix:

Carla Sperry never expected to be looked at as an expert in the Catholic faith. “Sometimes, even when my son was in the seminary, people would come up to me and say, ‘Oh, you’re the mother of a seminarian!’ and they would think that I would know so much about our religion.”

A growing group of moms is finding solidarity with other mothers who not only understand that, but ride the same roller coaster of emotions as their children further discern or live a religious vocation. Sperry, whose son — Fr. Scott Michael Sperry — was ordained to the priesthood last year, is part of this group of moms who cling to their rosaries and each other every first Saturday of the month.

The group doesn’t have a formal name, but its purpose is clear: to pray the Joyful Mysteries for their children discerning or living a religious vocation.

Rita Lee, a parishioner of St. Thomas the Apostle in Phoenix and the group’s founder, sits right in the middle of the group’s target audience. Herson, Dcn. Ryan Lee, is in his final year of discerning the priesthood and is living the vows of a deacon in that transition period. She learned during annual meetings of seminarian parents with the diocesan vocations director that some mothers felt sad about their sons’ calling, while others felt mad and many felt blessed.

“Fast forward a number of years and I guess the Holy Spirit finally spoke to me and gave me the grace to think that possibly we could come together as a group of mothers of seminarians, priests and religious, to pray specifically the rosary for our children,” Lee said.