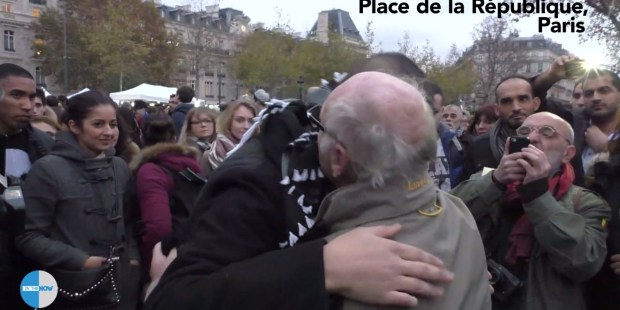 Muslims around the world who have condemned the deadly attacks in Paris carried out by militants of the Islamic State are speaking out to defend their religion.

The attacks that killed 129 people were not the work of Muslims, many say, adding that they see it as their responsibility to protect Islam from being hijacked by extremists.

Saba Ahmed, the president and founder of the Republican Muslim Coalition, who has been one of the more visible advocates for Muslims in the United States recently, appeared on Fox News on Tuesday wearing an American ­flag scarf as a hijab.

“There are people who misuse the religion for their perverted ideology,” Ms. Ahmed, 30, said of the radicals who support the Islamic State and other extremists. “But that has nothing to do with my faith.”

In an interview later, Ms. Ahmed said that Muslims “have a responsibility to defend our faith,” asserting that the Islamic State, despite its name, has nothing to do with her religion.

“Islam strongly condemns violence and terrorism and we feel that they do not represent us,” she said.

On Twitter, Muslims and their supporters have used hashtags such as #TerrorismHasNoReligion, #NotAllMuslims and #NotInMyName to disavow the terrorists and their sympathizers. Many, like Awais Satti, an engineer from Pakistan, use quotes from the Quran to call out radicals whose actions they say contravene the teachings of Islam.

“Being human beings and followers of Islam, it’s our duty to condemn innocent killings across the globe,” Mr. Satti said in an interview.

Other Muslims have tried to demonstrate compassion on the same streets where the terrorists tried to sow fear. A man wearing a blindfold stood in the Place de la République in Paris doling out hugs. He asked Parisians to embrace him, signifying their trust in him. Many passers-by did, and millions more watched this public display of solidarity on Facebook and YouTube.

Watch the video below: