New cardinal: ‘Perhaps we have emphasized rules and regulations to excess…’ 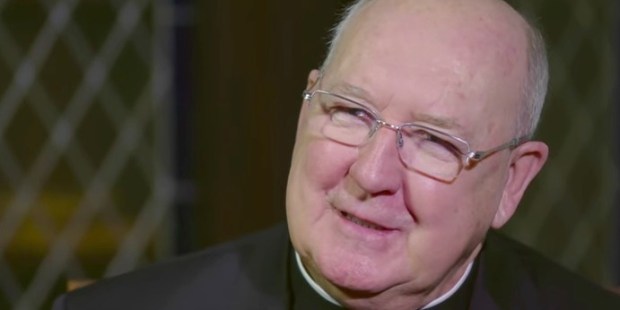 Cardinal-designate Kevin J. Farrell believes the U.S. bishops as a whole should have discussed pastoral guidelines for implementing Pope Francis’ exhortation on the family before individual bishops began issuing guidelines for their own dioceses.

Implementing the pope’s exhortation, “Amoris Laetitia,” he said, “has to be done in communion with our bishops. I think that it would have been wiser to wait for the gathering of the conference of bishops where all the bishops of the United States or all the bishops of a country would sit down and discuss these things.”

A conference-wide discussion, he told Catholic News Service Nov. 15, would ensure “an approach that would not cause as much division among bishops and dioceses, and misunderstandings.”

The cardinal-designate was asked specifically about pastoral guidelines issued for the Archdiocese of Philadelphia by Archbishop Charles J. Chaput, who also is head of a U.S. bishops’ ad hoc committee for implementing “Amoris Laetitia. ” Among other things, the Philadelphia guidelines state that while divorced and civilly remarried couples should be welcome in parishes and accompanied by priests, they may not receive Communion unless they live as brother and sister.

Cardinal-designate Farrell was bishop of Dallas and a member of the U.S. Conference of Catholic Bishops until September when he became prefect of the new Vatican Dicastery for Laity, the Family and Life.

“I don’t share the view of what Archbishop Chaput did, no,” the cardinal-designate said. “I think there are all kinds of different circumstances and situations that we have to look at — each case as it is presented to us.”

Read the rest and check out the video interview below.