‘No one is ever forgotten’: Archdiocese steps in to bury an artist who died poor and in the shadows 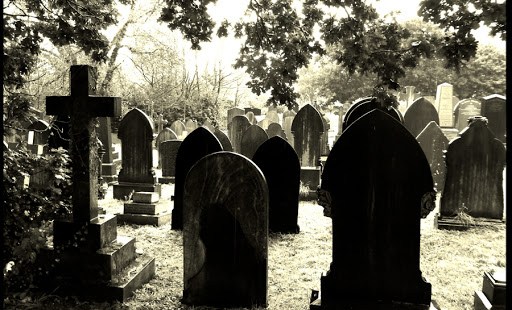 Timothy Decker, once a successful wire sculptor who died indigent in Milwaukee County after living in the shadows of near isolation, was buried in bright sunshine Friday at Holy Cross Cemetery.

“This beautiful day reminds us of the dignity of human life,” Father Tim Kitzke said during a graveside service just several yards from the fast-paced traffic on W. Appleton Ave.

A hearse delivered Decker’s body to the gravesite following a slow procession through the cemetery. Several members of St. James Episcopal Church in Milwaukee were there to offer prayers and ensure Decker was not buried in obscurity.

“Everyone should be respected and loved, especially people who fall through the cracks” of society, Kitzke said in an interview before the service. He is vicar for urban ministry with the Archdiocese of Milwaukee.

“To give them a decent burial is a reflection of a merciful community,” he said.

Friday’s burial was the first in a new partnership between the Milwaukee Archdiocese and the Milwaukee County Health and Human Services Department.

The archdiocese will bury the bodies of indigents at no cost to the county, under the agreement. The county had been paying $1,000 for burials of bodies unclaimed by families or friends.

Kitzke’s message at the service: “No one is ever forgotten.”

As recently as 2003, Decker was a successful wire sculptor in Milwaukee with a studio in the 2600 block of N. Bremen St. His specialty was human figures of all sizes.

After that time, he moved to Phoenix and sold wire sculptures in the Tempe area, according to an older sister, Donna Decker of Dubuque, Iowa.

At some point, his life spiraled downward and he subsequently sought seclusion from family and community.

“He was free-spirited,” she said after attending the burial service. “He didn’t like society’s rules. And he didn’t go to doctors.” She did not know where in Milwaukee he was living at the time of his death.

Decker, 55, died May 12 in a loft space inside a former warehouse on N. Port Washington Road. His body was found by one of the other men who lived in the building, Donna Decker said.